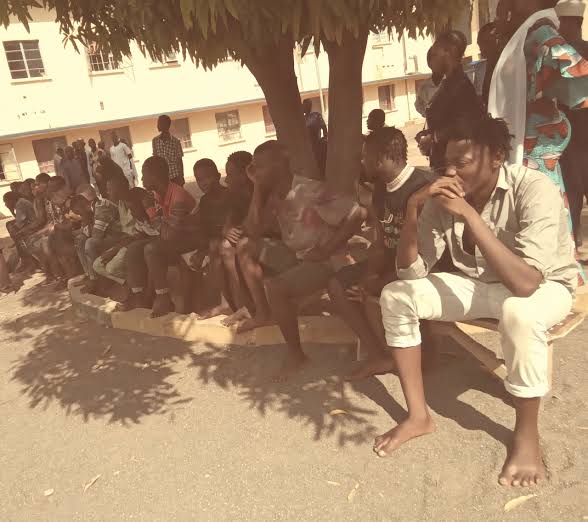 The police in Adamawa State have arrested 909 suspected criminals involved in committing various crimes from February to November in the state.
The state commissioner of police Sikiru Akande, who paraded the suspects yesterday in Yola, the state capital, said 22 AK-47 and 48 locally fabricated rifles, 25 tricycles/motorcycles, 14 locally fabricated single barrel guns, 326 live ammunition were recovered.
The command during the period under review, secured 845 prosecution of suspects.
The suspects, were said to have been apprehended in connection with armed robbery, kidnapping, culpable homicide, rape, other sexual offences at various locations in the state.
Other exhibits include human skulls, N4, 915million and several other items.
The CP who paraded another set of 27 new suspects assured of crime free christmas celebration, saying adequate people would be deployed to ensure peace.

“From February, 120 were charged with kidnapping, 71 over armed robbery, 38 over rape and other sexual offences, 538 over theft.

“Adamawa State Police Command sometimes in February, 2022 designed a security template to curb security challenges in the 21 LGAs and is yielding positive resultsm” he added