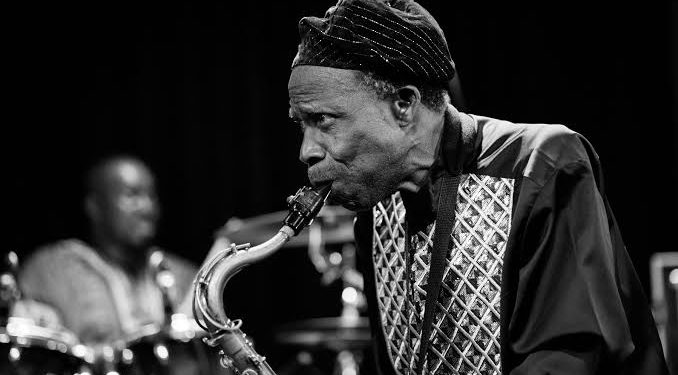 The legacy of the late legendary musician, Orlando Julius Ekemode, will be highlighted and celebrated at the Tunde Odunlade Arts And Culture Connexions Center on Sunday, June 26, 2021.

The legendary saxophonist died on April 14, in his home in Ilesha and was buried on May 28, 2022.

In his honour, the cultural centre will be having a tribute and a post humous award for him. Also a special award wi be for his widow, Latoya Adoke, a reputable musician and dancer.

Part of the highlights is the a new film by ace movie director, Tunde Kelani named ‘Ololufe’ which has Orlando Julius hit song ‘Ololufe as the movie soundtrack.

According to the organiser, dignitaries that will grace the show include veteran entertainer, Jimi Solanke, Dr Yemi Farounbi, Tee Mac Eseli, Elnana of Africa, AJ Sequential abd others.

Orlando Julius will be remember for his passion for music and impact on the funk, high life and jazz genre of music including Afrobeat that is most appreciated in America and Europe.