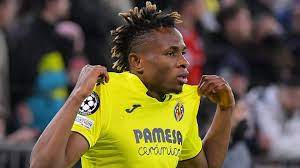 Samuel Chukwueze was on target as Villarreal defeated Borussia Dortmund 2-0 in a pre-season friendly at the Cashpoint Arena, Altach, Austria.

Gerard Moreno opened scoring for Villarreal a minute before the break.

Chukwueze took the place of Yeremy Pino on the hour mark.

The winger placed the ball on the other side of the net after he was set up by Moreno.

Villarreal will take on French club Stade de Reims in their next pre-season game at the Stade Auguste Delaune on Sunday.