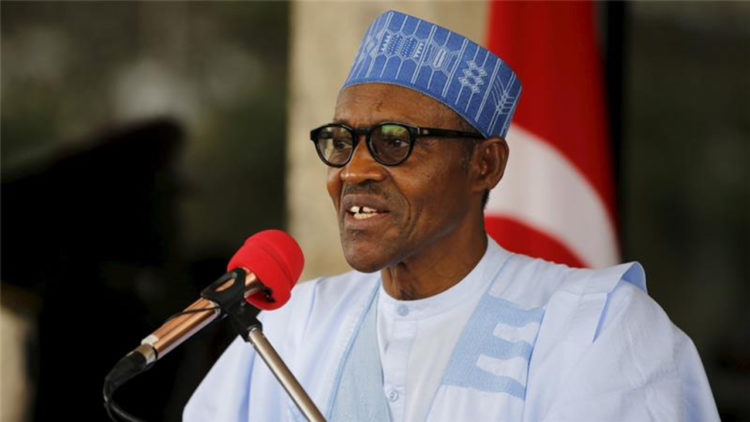 Also nominated are: Ekumankama Joseph Nkama, Ebonyi State; Goodluck Nana Opiah, Imo State; Ademola Adewole Adegoroye, Ondo State and Odum Odi, Rivers State.
The Senate received the names of the seven ministerial nominees from President Muhammadu Buhari for confirmation as Ministers of the Federal Republic of Nigeria.
The confirmation request was contained in a letter addressed to the Senate President, Ahmad Lawan, and read on the floor at the start of plenary, yesterday.

President Buhari, in the letter, explained that the confirmation request was in accordance with the provisions of Section 147 subsection 2 of the 1999 Constitution of the Federal Republic of Nigeria as amended.

Odum is a prominent chieftain of the All Progressives Congress (APC) in Rivers State and former chairman of Abua/Odual local government area of the state. Udi, as he is popularly known by his supporters and friends, is a core loyalist of immediate-past Minister of Transportation, Rt. Hon. Chibuike Rotimi Amaechi.
A grassroots mobiliser, the ministerial-nominee joined the APC in 2014 after dumping the Peoples Democratic Party (PDP) and had for years, dominated the political space of Abua/Odual local government area and the Orashi Region of Rivers State in general.

Opiah was born on the 12th of February, 1964. He is former Speaker of the Imo State House of Assembly and former member representing Ohaji/Egbema, Oguta, Oru West in the House of Representatives. He represented Ohaji/Egbema constituency in the Imo House of Assembly from 2003 to 2011.
Opiah served as a Special Adviser/Coordinator to the Imo state Governor on Oil and Gas Matters and member of the All-Progressives Congress (APC). He is from Abacheke Egbema of the Ohaji/Egbema local government area of Imo State.

He started primary school at Abacheke Primary School in 1977. He was admitted into Egbema Secondary School, where he obtained the West African School Certificate in 1982 and later proceeded to the Rivers State University of Science and Technology (RSUST) in Port Harcourt, where he received a Bachelor of Science (Hons.) degree in Business Administration in 1987. He also holds an Msc in Corporate Governance from the Leeds Metropolitan University, United Kingdom.
Opiah worked in the private sector between 1989 and 2003 in multinational companies such as UTC Plc and Bewac Plc Port Harcourt, Rivers State where he retired as the General Manager/CEO in 2003 before joining active politics.

In 2003, Opiah was elected to the Imo State House of Assembly on the Peoples Democratic Party (PDP) ticket to represent the Ohaji/Egbema constituency of Imo State.
He sponsored the bill prohibiting discrimination against persons infected with HIV/AIDS at work places and institutions. He also helped the establishment of Imo Oil Producing Areas Development (ISOPADEC) through the sponsoring of a bill to that effect and presently ISOPADEC is fully operational.
Between 2003 and 2007, he was chairman and member of various House Committees and Ad-hoc Committees in the House. He was chairman, House Committee on Commerce, Industry and Tourism; chairman, Transport Committee; chairman, Petroleum Committee. He is married with children and at present the Imo State Commissioner for Petroleum.

Ikoh (Ozumba), an astute politician and industrialist is from Ahuwa Oboro in Ikwuano local government area of Abia State.
The managing director/CEO of Harmony Nigeria Ltd, has since 1999 and beginning with the Peoples Democratic Party (PDP) been very visible in the political space of the state. He was a founding member of the Progressives Peoples Alliance (PPA) founded by former governor Orji Uzor Kalu which won the 2007 governorship seat in the state with Chief Theodore Orji. He was a governorship aspirant on the platform of the PPA in 2007, and ran again in 2011 after his return to the PDP which was again won by Orji, now senator for Abia Central. Ikoh, who served in Ikpeazu’s first term in office, as commissioner for Industry later defected to the All Progressives Congress (APC) and contested for the senatorial ticket during the 2022 primary.

Adegoroye, the nominee from Ondo State is a lawyer and an Akure prince who showed interest in the vacant stool of the Deji of Akure in 2010 but lost out. He was a lawmaker representing Akure South Constituency 1 on the platform of the Alliance for Democracy (AD) in the House of Assembly in Ondo State between 1999-2003. Adegoroye contested the governorship election in Ondo State under the Action Congress (AC) in 2007 and lost the election to Dr Olusegun Agagu who was seeking a second term. He also contested the last bye-election held in Akure North/ Akure South federal constituency in 2021 but lost to the current occupant in the All Progressives Congress (APC) primaries.

Umana Okon Umana, a former teacher at the College of Education, Akamkpa, Cross River State was drafted into the Chief Godswill Akpabio’s cabinet in 2007, where he served as Commissioner for Finance during the first term. He was named secretary to the state government (SSG) for about two years in the second term, before differences with Akpabio forced him out of the government. He left the system to join the APC and contested the 2015 governorship election and lost to the incumbent governor Udom Emmanuel. However, Buhari, was to compensate him by appointing him as the managing director of the Oil and Gas Export Free Zone Authority (OGFZA), where he held sway until his recent appointment as a Federal Minister to fill the void left by Akpabio’s resignation to try his luck to succeed out going President Muhammadu Buhari in 2023.

Barr. Ekumankama Joseph Nkama is an Abuja based lawyer, and former special assistant to the Ebonyi State Governor, Abuja Liaison Office. He is the current commissioner for inter-governmental affairs and member of the State Executive Council. He hails from Amangwu Edda in Afikpo South local government area of Ebonyi State. He has been a loyalist of the state governor, Chief David Umahi.