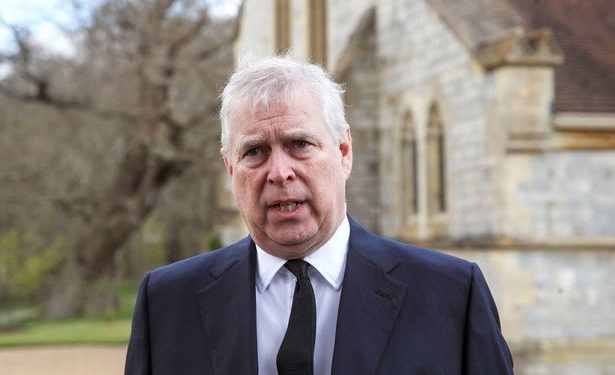 The Duke of York has tested positive for coronavirus and will not attend the Queen’s Platinum Jubilee thanksgiving service on Friday, Buckingham Palace has said.

Prince Andrew tested positive after a routine test and will miss the service “with regret”, the palace said. It is understood he has seen the Queen in the last few days, but not since he tested positive.

As a non-working royal, the prince did not join the Queen on the balcony during Thursday’s Jubilee celebrations.

However, he was set to join the wider Royal Family, including the Duke and Duchess of Sussex, at a high-profile thanksgiving service at St Paul’s Cathedral on Friday.

The 62-year-old duke, who is ninth in line to the throne, was last pictured riding a horse in Windsor a day ago.

The prince stopped being a working royal when his royal titles were returned to the Crown in January, amid the fallout over his friendship with the late convicted sex offender Jeffrey Epstein, and a US civil lawsuit.

He settled a civil sexual assault case brought against him by Virginia Giuffre, who said the duke sexually assaulted her on three occasions.

The details of the settlement have never been made public and he has consistently denied all allegations against him.

The news of his positive COVID-19 test came as celebrations for the Queen’s Platinum Jubilee began across the country.

Thousands of flag-waving spectators flocked to the Mall in central London to celebrate the Queen’s 70 years on the throne.

She was joined by other royals on the balcony of Buckingham Palace to watch a flypast in the June sunshine.

Jubilee celebrations are being spread over four days of events, which began with Trooping the Colour earlier.