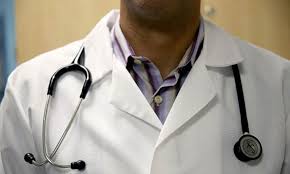 The Medical Director, Igbologun Medical Centre, Dr. SodipoGbolahan has called on the Lagos State government to pay more attention to the health and wellbeing of people living in rural and riverine areas across the state.

Gbolahan, who made the appeal, at a medical outreach put together to commemorate Igbologun Medical Centre’s 10th anniversary, said most maternal and child mortality recorded in Lagos was as a result of lack of access to quality healthcare services.

“For instance, 10 years ago, I heard of a riverine community called Igbologun popularly known as Snake Island in AmuwoOdofin Local Government Area of Lagos state, where pregnant women and children were dying as a result of lack of access to quality healthcare services.

Gbolahan said he decided to set up Igbologun Medical Centre in the community to avert the trend. “I asked myself, what benefit will it be if I come to this world and I don’t make a meaningful impact? That was how I embarked on the journey 10 years ago,” he added.

The expert, who recently carried out a free medical check-up and treatment on breast lumps, lipoma, hernia, hydrocele, appendix, fibroid among others, to commemorates the 10th anniversary of Igbologun Medical Centre, said, “We all know that doctors don’t like going to rural areas not to talk of riverine areas. But when I was in medical school, I had it in mind that I will use my knowledge to make a meaningful impact in society.”

Gbolahan who is popularly known as Dr. Creek, said that before he started 10 years ago, he was aware that people living in riverine areas are very poor and mostly disadvantaged, but didn’t let that discourage him.