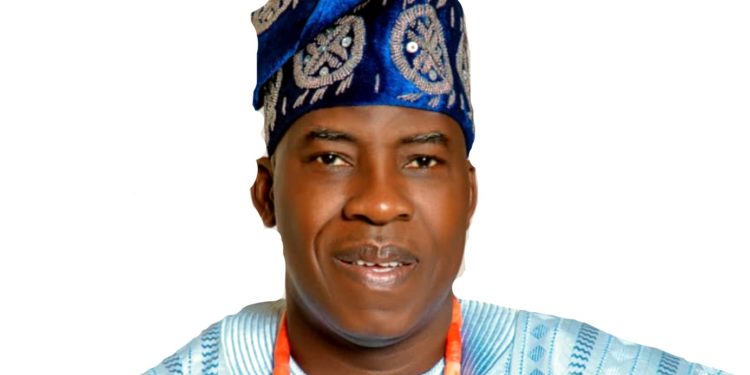 A stalwart of Peoples Democratic Party (PDP), Omooba Dotun Babayemi, at the weekend, visited The Nation’s correspondent, Mr Toba Adedeji, who was hit by police bullet during a protest in Osogbo, in Osun State, urging the state government to probe the incident.

Babayemi who visited the recuperating journalist at his residence in Osogbo also called on the police authorities to probe the incident that led to the shooting of the journalist.

The party leader, while on a get-well-soon visit to the victim at his residence in Osogbo at the weekend, described the incident as unfortunate and avoidable.
Babayemi maintained that journalists were no criminals, urging that the system should evolve a mechanism that would see them and other professionals protected, “especially when on lawful duties”

While appreciating the state commissioner of Police, Mr Olawale Olokode on his efforts at ensuring that peace exists in the state, he equally admonished that personnel need to exercise caution in dealing with the public.

Responding, Adedeji while thanking Babayemi for the visit, said he was overwhelmed because he never thought he could play host to the calibre of the PDP stalwart at his residence.

The Nation’s correspondent who narrated how the incident happened, said the shooting incident by the police was needless because according to him, “The protesters were few and with just ordinary sticks, they could be dispersed. Instead, the police resorted to shooting.”