Senegal set for make or mar clash against Qatar 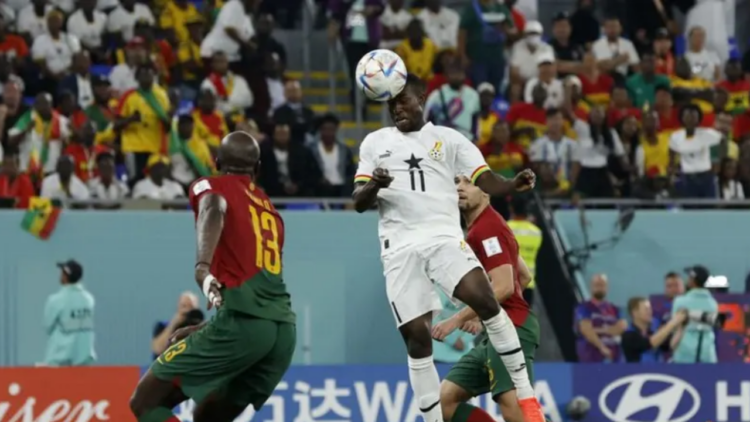 After the first round of matches, no African team have won a match at the ongoing FIFA World Cup in Qatar.

Two of the five African representatives – Tunisia and Morocco played scoreless draws against Denmark and Croatia  respectively in their opening matches. While Senegal, Cameroon and Ghana lost to Netherland 2-0, Switzerland 1-0 and Portugal 3-2 respectively.

The Black Stars of Ghana were the last African casualty at the Qatar World Cup, losing narrowly 3-2 to Cristiano Ronaldo Portugal yesterday.

Ronaldo put his side ahead in the 65th minute before two quick-fire goals from Joao Felix and Rafael Leao helped them to victory at Stadium 974.Cristiano.Overall, African teams have conceded six goals and managed to score only two in their five matches with Ghana the only side to hit the back of the net at the tournament so far.

The recent results, fans fear, may be a foreshadowing of the continent’s performances in the last World Cup.

Four years ago, Africa’s quintet of Nigeria, Egypt, Tunisia, Morocco, and Senegal crashed out in the group stage.Meanwhile, Senegal are seeking to keep their World Cup dreams alive when they take on hosts Qatar to go head-to-head on Friday.The Lions of Teranga are licking their wounds after succumbing to a 2-0 defeat to the Netherlands in their opening Group A match on Monday as two late goals handed the Dutch the win in Doha.

The African champions, who were left to rue their missed chances against the Dutch, have now turned their attention to their clash against the tournament hosts as coach Aliou Cisse’s side harbour hopes of reaching the knockout phase.

Speaking ahead of the match against hosts Qatar, Coach Aliou Cisse backed his misfiring strikers to find their scoring boots against Qatar. “I don’t have the slightest doubt about my players’ ability to score goals,” Cisse said ahead of today’s match.

“Playing football, you need to be efficient and you need to have the right mindset. You need to keep a cool head in front of goal.”Chelsea defender Kalidou Koulibaly has also challenged the team’s youngsters to step up for the crucial clash against Qatar.

“We are still determined because we know that there is something that we can still achieve during this World Cup and we still believe in our chances,” Koulibaly said at the pre-match conference. “Our young players will have to show themselves during the next two games. They have to be in their best form to be able to produce in a big match that we have next against Qatar.

“We should have drawn against the Netherlands team. We knew it was going to be decided by the little details. When we lost Cheikhou Kouyaté to injury, it was difficult. Losing players like that in the middle of a match is a bit tough,” the 31-year-old added.