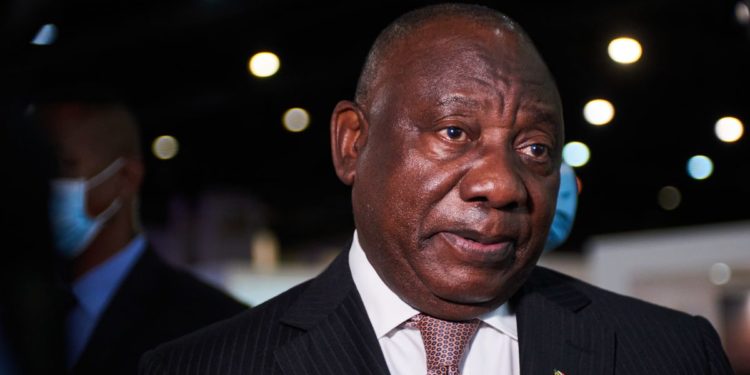 By the admission of the South African President, Cyril Ramaphosa himself, the governing African National Congress (ANC) is at its weakest since it took over power from the apartheid minority White rule in 1994. At a recent conference, he said that the party’s weaknesses are evident in the distrust, the disillusionment and frustration expressed by many South Africans towards the political movement and government itself. What he didn’t say, however, is that much of weaknesses are self-inflicted.

And it is not simply that the party is plagued by infighting. Of more serious concern is that leading players and potential challengers for the party leadership, the contest for which is expected to hold at the end of the year, ahead of the 2024 general elections, are all being investigated for corruption. It is the National Assembly that will elect the country’s president and projections are already rife that the ANC could lose its parliamentary majority. That, in our opinion, will be a tragedy.

It is almost unthinkable that one day, maybe in the very near future, the African National Congress will not be the ruling party in South Africa. Nearly 30 years after Apartheid, the ANC is threatened by internal wrangling and worsening power cuts that are making the party lose popularity. More than the power cuts and internal divisions, one party leader after another is facing allegations of corruption. President Ramaphosa, who many had hoped would rid the country of corruption is now ensnared in his own scandal, euphemistically referred to as the farmgate.

It goes back to February 2020, when a robbery took place at Phala Phala, the private farm of President Ramaphosa in Limpopo province, where as much as $4 million in cash were allegedly stolen. Sounding typical of how proceeds of corrupt practices are managed, the money was allegedly hidden in cushions. And to make matters worse, the police were not notified of the theft. Instead, members of the presidential protection force were used to go search for the money and the thieves which they succeeded in doing. Curiously though, the team allegedly paid the thieves to keep quiet about the robbery.

The president himself has only started opening up about the robbery and alleged cover up under the threat of a subpoena from the Office of the Public Prosecutor. The president insists that the stolen money is legitimate earnings from the sale of game. His opponents, however, smell blood, anything from money laundering, violating the country’s exchange control laws and stashing money to bribe members of the ruling African National Congress’ ahead of its leadership contest later this year.

Circling around the president for their pound of flesh are loyalists of former President Jacob Zuma who himself saw his presidency come to an abrupt end due to allegations of corruption. As it happened, it was a former head of the State Security Agency, Arthur Fraser, who revealed the robbery and its cover up to the public. Fraser, a Zuma loyalist, accused President Ramaphosa of bribery and unlawfully authorising the pursuit of suspects who stole an estimated $4m from his farm. The theft was allegedly committed by Namibian nationals who conspired with a domestic worker on the farm.

In the opinion of this newspaper, President Ramaphosa needs to be more open about the robbery and cooperate with the public prosecutor. Though the president, at a party policy conference recently, refused to change ANC rules demanding anyone charged with criminal wrong doing to step aside, it was mostly aimed at his opponents and rival for the ANC presidential candidacy. It, however, shows the president is confident he has committed no wrong and will not be facing criminal charges. The same cannot be said of his rivals. The “step-aside rule is preventing the ANC’s suspended secretary general Ace Magashule, another Zuma ally, from challenging Ramaphosa for the party leadership. Magashule had been charged with corruption.

The Deputy President of South Africa, David Mabuza is also being pushed to challenge Ramaphosa and is in position take over should the president find himself being forced to step aside. The snag, in our view, is that Mabuza also has allegations of corruption hanging over his head going back to contracts for a 2010 World Cup stadium. Duduzane Zuma, the son of former President Jacob Zuma, is another contender for the ANC leadership. He is also battling allegation related to his father’s corruption charges.

President Ramaphosa’s strength has been his ability to build consensus when it matters most. But to retain the confidence of party members and the electorate and ward off challenges from Zuma loyalists, he needs more than just consensus. He will have to come clean about his own finances.

The worry of this newspaper as this disappointing scenario unfolds is that what is going on in South Africa is another evidence of the all-pervasive corruption that is the bane of African politics generally. Many had hoped that those who took over from the legendary Nelson Mandela would have kept his legacy of integrity aloft. There is still time for the politicians in that once apartheid enclave to retrace their steps so as not to make white minority rule the golden era of South African socio-political life.