Reps To Probe INEC Over Lapses In Voter Card Registration 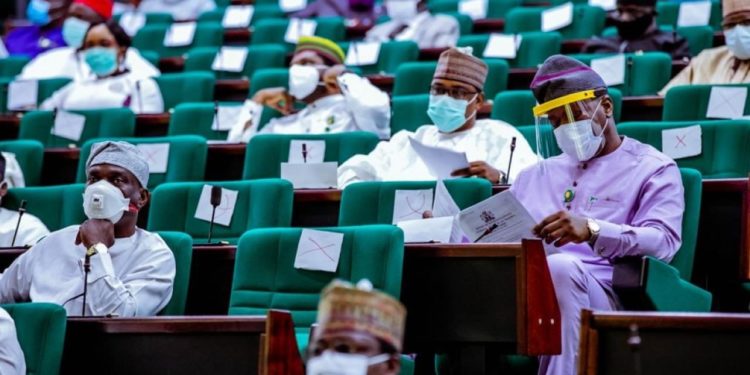 House of Representatives has mandated its Committee on Electoral Matters to investigate the Independent National Electoral Commission (INEC) handling of the voter registration, including alleged constraints on timely procurement/production of permanent voter cards (PVCs).

The committee is also expected to ascertai, the electoral body’s voting process from accreditation to transmission of results including a practical demonstration to the Nigerian public, the existence of a central INEC server, e-collation officers and the ability to manipulate voting results at that level, ability or not to manipulate the BVAS machine.

The resolutions of the lawmakers followed the adoption of a motion of urgent national importance sponsored by Hon. Mark Gbillah.

Moving the motion, Gbillah said the House was aware of the concerns in the country on INEC’s shortcomings in the conduct of recent off-season elections in Ekiti and Osun States, regardless of the added focus, attention and resources and the consequent fear about its ability to conduct free and fair elections in 2023, when voting would be required to take place simultaneously across the country.
“Notes that these concerns include INEC insistence on terminating the ongoing voters registration exercise regardless of the millions of Nigerians, who will be disenfranchised, citing the need to produce voters cards on time, allegations that results from polling units are not actually transmitted directly to INEC’S central server in Abuja as claimed by INEC, but are collated on computer’s bye-collation officers at the ward levels across the country, who are the ones who transmit the results from their systems to the central server and are able to manipulate the votes cast for each candidate at that level but not the number of accredited voters.

“Worried about the recent unguarded and erroneous interpretation of certain provisions of the 2022 Electoral Act by the INEC Resident Electoral Officer (REC) in Akwa Ibom State Mr Mike Igini, who while referring to Section 115(d) of the 2022 Electoral Act said amongst several other things that politicians will go to jail for buying more than one nomination form, claiming, ‘we are preventing them from being candidates for prison and they are calling our names everywhere” implying INEC is making decisions about politicians and the electoral process based on flawed interpretation of the Act without recourse to the National Assembly or a court of competent jurisdiction for proper interpretation.

Also worried as originators and custodians of the 2022 Electoral Act about the controversy Mr Igini’s comments has generated across the country and the potential this has to unnecessarily heat up the polity and instigate frivolous and unwarranted litigation that can disrupt the smooth conduct of the forthcoming elections.”

Adopting the motion, the House gave the committee eight weeks to carry out the assignment and report back for further legislative action.