Retirement Order:Allow Military Do their Work – Group Appeals To Nigerians 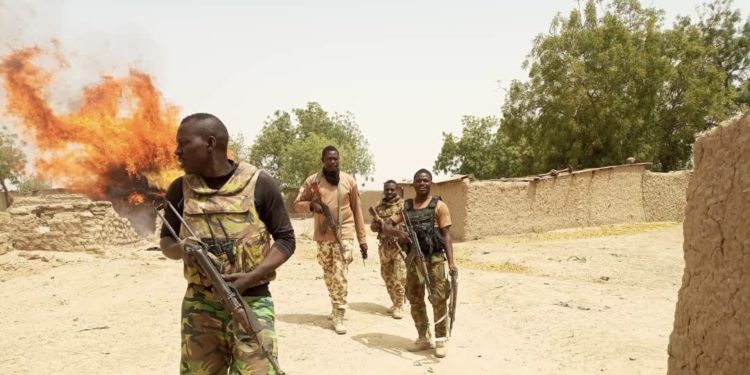 The National Peace and Security Advocacy Group, NPASG, has urged Nigerians, especially the media to avoid sensational stories that will affect ongoing war against insurgency and other crimes.

The group said the alleged immediate discharge of ‘disgruntled’ officers and men of the Nigerian military which the media stated was ordered by the Defence Headquarters should not be blown out of proportion.

A statement by the Convener of the Group, Mr. Alkali Shehu stated that concern for now should be on how the security challenges should be tackled successfully and not to overburden the state security architecture.

He said “Focus should be on how the Armed Forces of Nigeria should restore peace and stability. In so doing, we should support them in any right decision they deem necessary.

“Just as stated by the military, loyalty, discipline, integrity and self-sacrifice, amongst other are core values troops must possess to carry out their constitutional roles efficiently.

“We in NPASG, without doubt agree that these qualities are very necessary for Nigeria to win the war against all forms of criminality.

“Anything contrary to these qualities erode the morale of the fighting troops and overall efficiency of the Armed Forces.

“While the Army and Airforce are busy raiding terrorists’ enclaves and destroying their camps across the country, the Nigerian Navy is tackling piracy and crude oil theft,” NPASG added.