by . and Edward Onoja
in Opinion
0 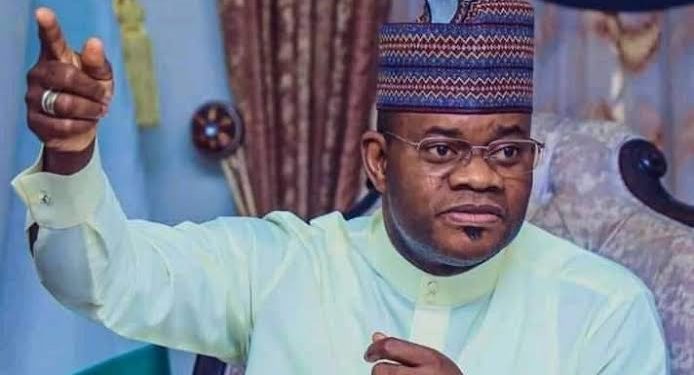 When my boss, His Excellency, Alhaji Yahaya Adoza Bello spoke about the many millionaires the state has produced in the last few years, he was sneered at by naysayers and army of pessimists whose only preoccupation is to gyrate on the dance floor of sadism but the man was not grandstanding, he was speaking from the podium of facts and undiluted truth. Available testimonies to his assertion are now coming out unsolicited or not prodded to speak in credence to what the Governor has said. One of such is Mr and Mrs Oladipo Benjamin, owners of Emmanuel Bakeries Ltd in Lokoja who came to share with me the story of their business fortunes in Kogi state.

The couples who started with just a shop and 10 workers in the Pre-Bello era now sit atop the largest warehouse in Kogi state and by extension North Central Nigeria and working with over 15 major manufacturing companies with hundreds of product lines. Today having a verified number of about 163 workers under its payroll with about 20% earning close to an average of a quarter of a million monthly. They came in appreciation of a state that has provided them with the enabling working environment, thereby bolstering their investment fortunes.

Emmanuel Bakeries is not just the only reference of Kogi’s thriving business fortunes. Peter Emeka Onujeme’s Pee-Links the largest mart in the state sits in comparative stride with the reference above. Also, from a one-shop venture, the proprietor of Pee-Links transitioned to a flagship reference in a one-stop-shop experience – he controls the largest market outlet for electronics in Kogi state. Not even the devastating fire incident that razed down his outlet could deter him. After that sad loss, he has bounced back and has become more viable and prosperous.

This feat did not happen by chance, it came as a result of deliberate thought processes incubated and engineered by my boss and the New Direction Team. He was unmistakable with his set out goals, and religiously, he pursued them.

After bridging the tribal, religious and class divides that hitherto existed in state, myself and the New Direction Foundation Team knew from inception that our leader was ready to change many narratives. We also knew he was out to push certain reforms, policies and laws to ensure:

These strokes of guidelines worked the magic, as diligence, determination and purposefulness were the compasses that helped greatly in achieving our results. The state stands in model as one of the states with great investment in security, as a unified entity devoid of ethnic and religious fault lines, a state with equal opportunities for all shades of aspirations for women, youths and people with special needs.

Two realities that made kogi a thriving business hub are the huge investment in Maximum Security of people and assets, and another is the key reform that ensures the quick and less encumbrance policy of accessing the C of O of landed property that helps business owners access funding for their business expansion which are globally accepted catalyst for investment both local and foreign.

The metaphor in this reality is that you cannot have a state-run on the wing of transparency, level playing ground, enabling business environment and not produce millionaires who are today fascinating attractions of banks begging them with credit facilities for business expansions and diversifications.

These are the millionaires’ Governor Yahaya Bello was talking about and he has been stoic about his assertion and the verdicts are the millionaires in Emmanuel Bakeries, Pee-Links, Bleeq Electronics, Zona Boutique among many other emerging business empires with a cleared path toward the billionaire’s club!

Whilst we are receiving the apologies for believing a retinue of political propaganda against Kogi’s government. It’s important to note that these infrastructural revolutions come along with it the economic and commercial revolution that will ultimately benefit Kogi and her people under a very secure environment.