Role Of Security Agents In Election 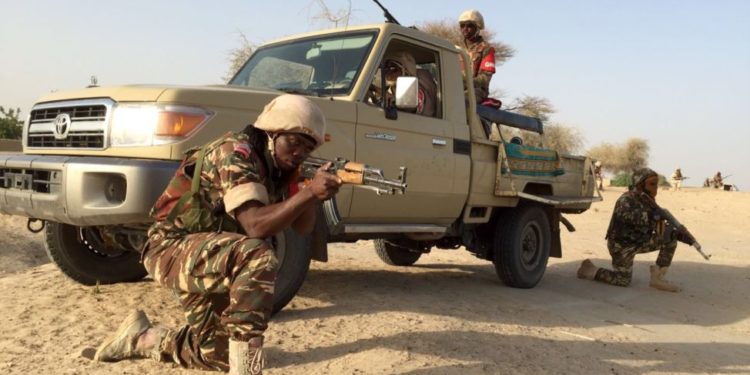 One of the issues that is giving most Nigerians real cause for concern as the nation picks its way through the delicate democratic pathway is the perceived complicity on the part of security operatives In allegations of manipulating the elections to achieve pre-conceived results.

It is a fact that the integrity of any election can be determined by the security situation at any given time as the electorate go about choosing their leaders freely without let or hindrance.

Elections can only hold in a transparent manner where the results will be a true reflection of the vote cast by the people with the provision of adequate security. The important role of security personnel in midwifing true democracy can never be overemphasised.

Where elections are conducted in an atmosphere that does not ensure openness and fairness and every vote does not count, the purpose is defeated. A free and fair election can hardly be achieved where the system is corrupt and persons involved in the electoral process have cast upon themselves the untoward task of reducing the election to a mere farcical process.

Fingers have often been pointed at, and aspersions cast on the security agencies as a result of their alleged willingness to make themselves manipulative tools in the hands of overzealous political actors. That is to say that some of them are usually ready-made state machinery for perpetuating electoral frauds.This in spite of assurances by the high command of these agencies pledging unbiased involvement in the exercises so as to bring about the best the the process has to offer in terms of the people exercising their franchise without interference of any sort.

In the immediate past, there are some reported case of some politicians deploying their personal security attaches to disrupt elections on various fronts. Some observer groups in such occasions also allege cases  of the use of fake soldiers as well as the infiltration of some of the security formations by off-duty security personnel.

These are some of the allegation security authorities must take seriously, investigate and put measures in place to forestall in order to redeem the image of the agencies and guarantee the integrity of the democratic process.

This newspaper, however, notes  that there was a significant improvement in the conduct of security personnel and a clear departure from the past, especially during the just concluded Ekiti governorship election. We are persuaded to urge them to keep up the tempo as the 2023 general election approaches.

As we go into the Osun State governorship election this Saturday, July 16, 2022, those who plan to constitute a clog in the wheel of the electoral progress of our country should be made to face the consequences of their actions. National security should be of priority and uppermost in our minds. All the parties must embrace the virtues of democracy. Security agents should not allow any person or group of persons to disrupt the election no matter how highly placed. Let the will of the people prevail.

Importantly, in our opinion, there are rules of engagement security agents must observe during elections. Security operatives must understand the timetable for the conduct of each election as well as know the dramatis personae in every election. They must be able to identify the forms used in each election and be familiar with the purpose of each form. And this can only be possible through special training for security personnel deployed for elections. In our considered opinion, it will be a prescription for chaos when security personnel not trained in the intricacies of election conduct are deployed to monitor the exercise.

It is our considered opinion that security  operatives must also know the collation process. This is because manipulation of elections does not only occur at polling units, but figures are doctored at the collation level. It is, thus, necessary for the security operatives to know the steps involved in the collation of results. At the ward level, collation involves bringing together poll results from individual polling units for the purpose of adding them up.

It is our view that security operatives who should participate in the conduct of elections must be professionals who are willing to discharge their duties without minding whose ox is gored. If Nigeria has to grow and this democracy has to survive, we must, as a nation, take a stand on what to do about the involvement of security agencies in elections. This is pertinent because their role, positive or negative, can make all the difference.

Balanced Representation, A Must In A Democracy!