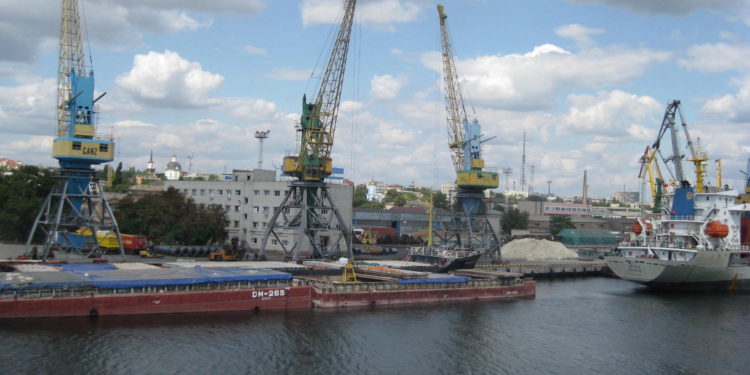 The blockade of Ukrainian seaports as a result of the Russia’s invasion of Ukraine has worsened the food crisis in Nigeria, and other nations in Africa, a public affairs analyst, Emesakoru Enifome, has said.

The Abuja-based researcher disclosed this in a report titled, ‘Unblockade of Ukrainian Seaports, Prevention of Famine in African Countries’, which was made available to journalists in Abuja.

According to him, the continuing rise in world prices for energy and basic foods, caused by Russia’s full-scale armed aggression against Ukraine, has exacerbated the global food crisis, particularly in African countries.

Enifome, therefore, surmised that unblocking of Ukrainian seaports, combined with effective security guarantees for the resumption of shipping and exports of Ukrainian agricultural products, will help resolve the global food crisis and prevent famine on the African continent.

He said, “Given that Ukraine is a leading exporter of agricultural products to many African countries, Russia’s blockade of Ukrainian seaports is already negatively affecting world food prices and may increase hunger in some African countries.

“Most leading international organizations are concerned about rising poverty and possible social protests in African countries due to rising food prices.

“Thus, according to the report ‘A new shock and little room to maneuver’ which published on April 28, 2022 by the International Monetary Fund (IMF), which was presented on April 29, 2022 in the conference ‘Regional Economic Outlook for Sub-Saharan Africa’, it is noted that the Russian war against Ukraine destroyed world commodity markets, which in turn led to a significant downturn in the world economy, an increase in the cost of basic goods and services, suspended the positive dynamics of economic recovery in Africa after the COVID-19 pandemic, which together may reduce the annual economic growth rate in 2022 to 3.8% of the projected 4,5%.

“The author of the document, Abebe Aemro Selassie, Director of the IMF’s African Department, argues that food security is a critical issue for all countries in the Sahel, which, together with other problems in the region, threatens to complicate the political, economic and security situation in the region.

“In this context, Africa expects high inflation (the worst since 2008), rising debt, rising food prices, food insecurity, and social protests caused by famine. According to him, this crisis will have serious consequences for the most vulnerable sections of sub-Saharan Africa, which are directly dependent on wheat imports from Ukraine.

“In addition, high prices for fertilizers and oil will also negatively affect the cost of production of goods and services in the vast majority of countries in the region.”

Enifome noted that the number of women and children suffering from hunger is expected to increase in Nigeria by August 2022, of which 1.74 million children aged 6-59 months will need treatment for acute malnutrition by 2022, which will be the highest rate of 2016.

He added, “According to the UN’s report “Humanitarian Needs and Requirements Overview 2022 released on June 27, 2022 over 30 million Sahelians, most of whom are women and children, will require lifesaving assistance and protection in 2022.

“If the war Russia against Ukraine becomes protracted, the regions problems will be exacerbated with dire economic and political consequences.

“With one-third of the worlds wheat supply coming from Ukraine and Russia, hunger in the region will worsen because of the ongoing war between these two countries. Countries in the Sahel region, which are already food insecure, rely on wheat supplies from Ukraine, and the current conflict has already affected food prices, exacerbating the hunger crisis in countries such as Burkina Faso, Mali, and Niger.”

The public affairs analyst also noted that the updated report, ‘Nigeria Development Update, June 2022’, which was published on June 14, 2022, by the World Bank, revealed that the number of Nigerians living below the poverty line is projected to increase by one million at the end of 2022, to a total of seven million.

Enifome continued, “According to the African Development Bank, the full-scale war launched by Russia against Ukraine has led to a sharp rise in prices in Africa. Thus, the cost of wheat increased by more than 45%, fertilizers – by 300%, with a shortage of fertilizers is 2 million tons. In the absence of compensatory measures, food production in Africa could fall by 20% and the continent could lose more than $ 11 billion in food production.

“UN Secretary-General António Guterres, during a visit to West Africa (Senegal – 01.05.2022, Niger – 02.05.2022, Nigeria – 03-04.05.2022), said the war in Ukraine is aggravating a triple food, energy, and financial crisis across Africa that is destroying the global food, energy and financial systems of developing countries. It was noted that there is no real solution to the problem of global food security without returning to the world markets of agricultural products of Ukraine.

“At the same time, some international experts emphasize the need for the African leadership to find optimal ways to overcome the food crisis, promoting Russian narratives about the importance of lifting economic sanctions on Moscow. But the main cause of this crisis and growing famine on the African continent is Russia, which continues to destroy food storage facilities, including wheat, throughout Ukraine, steal existing grain stocks in the temporarily occupied territories and block Ukrainian seaports in the Black Sea.

“Russia does not allow to deliver of agricultural products by sea from Ukraine to countries in Africa and other regions of the world, where it is extremely necessary.

“Therefore, the unblocking of Ukrainian seaports, combined with effective security guarantees for the resumption of shipping and exports of Ukrainian agricultural products, will help resolve the global food crisis and prevent famine on the African continent.”