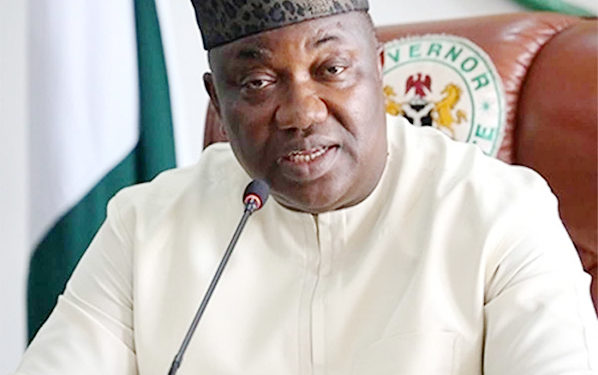 Governor Ifeanyi Ugwuanyi of Enugu State has imposed a dusk-to-dawn curfew on Igbo-Eze North and Igbo-Eze South Local Government Areas of the state, between the hours of 6pm to 6am.

According to a statement by the Secretary to the State Government, Prof. Simon Uchenna Ortuanya, the dusk-to-dawn curfew takes effect from Friday, June 10, 2022.
The statement disclosed that the curfew was “Pursuant to Executive Order No. 3, 2022 and consequent upon security challenges in Igbo-Eze North and Igbo-Eze South Local Government Areas of Enugu State”.

Prof. Ortuanya added that Gov. Ugwuanyi imposed the curfew in exercise of the powers conferred on him by Section 215 (4) of the 1999 Constitution of the Federal Republic of Nigeria (as amended).

The statement directed the Chairmen of Igbo-Eze North and Igbo-Eze South LGAs as well as Forest Guard and Neighbourhood Watch Officers of the affected two council areas to ensure strict compliance with the Executive Order.
It also directed the Enugu State Commissioner of Police to take all lawful measures to enforce the order, “including arrest and prosecution of defaulters”.