Self-medication: Why You Need A Diagnosis, Prescription

by Patience Ivie Ihejirika
in Health
0 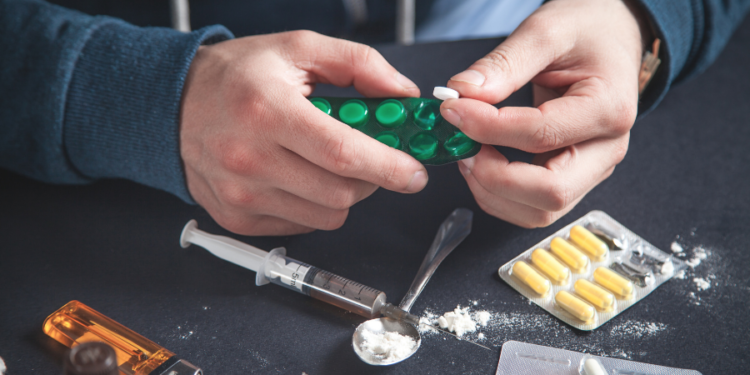 Self-medication, is the practice of administering drugs to oneself or family without a diagnosis or physician’s prescription.

However, the chairman, Pharmaceutical Society of Nigeria (PSN), FCT Chapter, Pharm. Ifeanyin Ikebudu, said though it is very easy to self medicate, the practice is dangerous as it could lead to drug resistance, damage the kidney and worsen the ailment.

The pharmacist told LEADERSHIP that so many ailments have interlinking symptoms that don’t necessarily have the same diagnosis.

He said when a person takes the wrong medicine for an ailment or inappropriate dosage or duration, it could lead to exacerbation of the ailment which in some cases, could lead to death or permanent disability.

Ikebudu said for instance, hepatitis have symptoms that are related to many other fevers; like malaria fever, thypiod fever and the rest, saying When people come down with such ailment, they tend to think that it is one of the ‘common fevers’ and may treat as assumed without a proper diagnosis.

The implication, according to him, is that each time such medication is taken, there may be an improvement on the symptoms and the people may think they are getting better and if they come down with that same symptoms again, they will go back to that same medication and as they are taking it, the organ affected is getting more affected until a time when it becomes so chronic till there will not be an avenue that will remedy that situation and that will now lead to other organ failure or death.
He said “Self medication is not a right thing to do but sometimes, because people tend to believe they have similar symptoms, they tend to think that those symptoms could lead to the same ailment. So many ailment have interlinking symptoms that don’t necessarily have the same diagnosis and when that happens, we might have a wrong diagnosis and wrong treatment and that may lead to treatment failure.”
On while people self medicate, Ikebudu said “It is because of the cost of accessing medical care, saying sometimes people feel it is very expensive to see medical practitioner for proper diagnosis and prescription.
“Sometimes also, the long waiting hour of waiting to see a physician tend to discourage people from going to the hospital, them again, most people when they go to the hospital and access medication, they will not finish or completely exhaust the medication , they tend to have some left over medication in their medicine cabinet or in their home, at the onset of an ailment, they rush to these medication.
“But more worrisome is the case where people tend to assume knowledge of ailment. When some body’s friend is sick maybe instead of meeting the right professionals, they tend to meet their friends, then these people just push out their medicine cabinet and give medicine to them without knowing the real cause of what they are suffering.
“Self medication It’s self is not a very palatable thing, but it could lead to drug resistance. when you take the wrong medicine for an ailment or inappropriate dosage or duration, it could also lead to exacerbation of the ailment, that is if the person is taking the wrong medicine, the ailment will get worse which in some causes it could lead to death or permanent disability.”
However, he said “There are instances where you could take medicine, what we call over the counter Medication, theses are supposed to be for like first aid cases, if you have headache, you take paracetamol for the headache, if the headache persist, you go and see a physician to run a proper diagnosis and give you a proper treatment.
“Somebody can just self medicate on first-aid bases, not when you are on a long time treatment for a particular ailment.”

7 Incredible Health Benefits Of Strawberries And Why You Should Eat More... Click Here For Details
Tags: Self-Medication
SendShareTweetShare
Previous Post