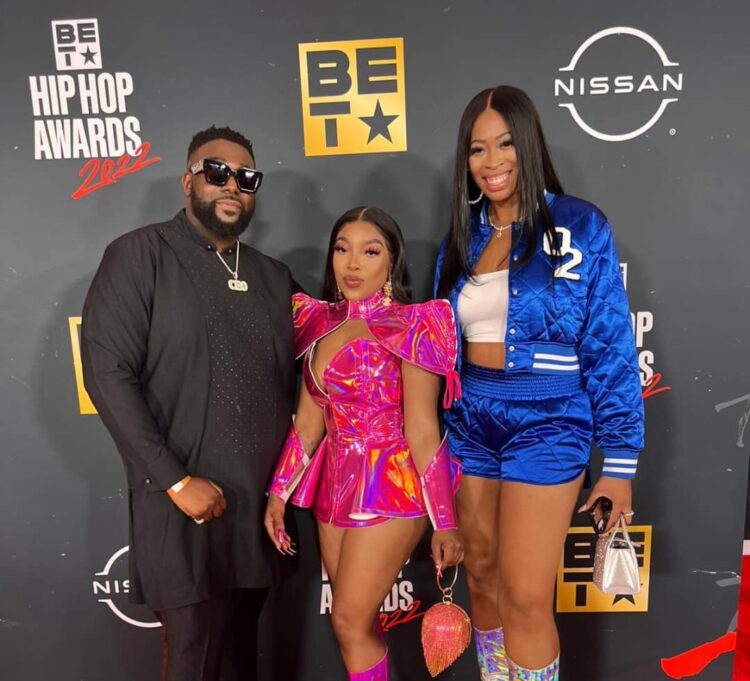 Nigerian music producer and artist manager, Simon Okeke has recorded yet another big win, and his fans are proud of it.

The entertainer emerged as the only Afrobeats producer to represent Africa at the 2022 BET Hip Hop award which took place recently.

Simon didn’t disappoint as he attended the event with his famous Tik Tok influencer and actress sister Dreaknowsbest who is a brand ambassador for NISSAN, sponsors of the BET award, and host of BET Next up Afrobeat show.

While giving his view on Afrobeats and its representation at the BET awards, the producer who was adorned in a traditional modern attire described Afrobeats as Nigeria’s most prized music export to the world and expressed his pride in the Nigerian music industry.

He said, “Afrobeats music touches the soul and anyone no matter the language, colour or culture can feel the beats, Rhythms and want to dance to it.

“It started with Fela, Evolved in 2 face, Remedies, Dbanj, Don Jazzy and now Wiz Kid, Davido and Burna Boy are putting Afrobeats on the map with their songs trending topping world charts and packing our arenas. It feels like Hip Hop and RnB in the 80s, 90s, and 2000s and it continues to fuse with hip and RnB.

“For example, we have artists like Tems. Tems earned three nominations for her feature in Future’s ‘Wait For U’ while Burna Boy got a nomination in the Video Director of the Year category for his self-directed music video, Last Last. This shows that Afrobeats is here to stay and there will be more award-winning collaborations with Hip Hop artists and Afrobeats artists. I see a bright future for Afrobeats and Hip Hop fusion to make timeless chart-topping hits for the world to dance to. Black Sheriff and Blxckie of South Africa also got nominated in the Best International Flow category.”

Simon Okeke, a stellar producer, and talent manager also doubles as a Technology Entrepreneur. He is the owner of the on-demand shipping and trucking app LoadzPro, an app Backed by Uber Freight.

Simon and his sister Drea were seen on the red carpet teaching some of the international entertainers how to speak pidgin and some popular Nigerian slang. They also spoke on the fusion of Afrobeats through several genres. According to them, “Afrobeats is here to stay for the culture.”