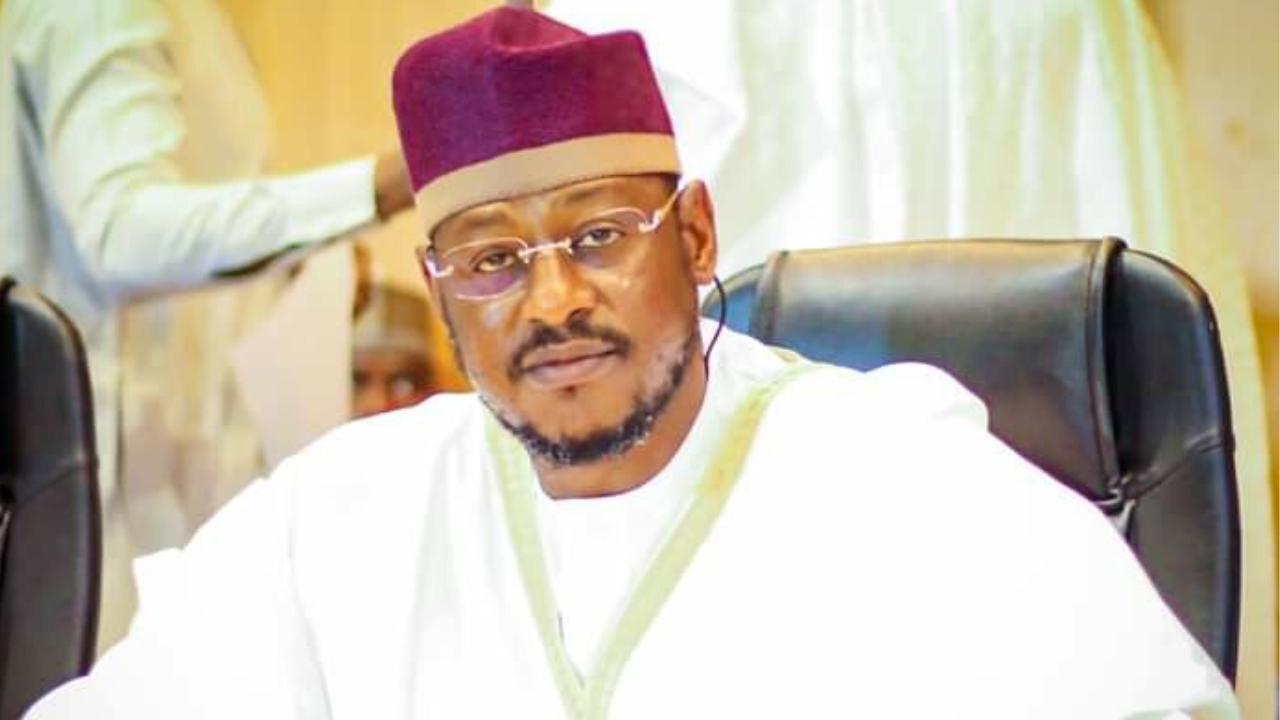 5th December 2022 will remain a memorable day for Dr Dikko Umar Radda, the All Progressives Congress (APC) gubernatorial candidate in Katsina state on the road to the top job in the state. The day was his official campaign flag-off held at Faskari Local Government Area of the state. The mammoth crowd that came out in support of his candidacy was unprecedented. People from all over Katsina state all gathered with enthusiasm literally written on their faces, believing in the man before them and his vision.

It was apparent that when the APC candidate saw the teeming crowd that came to receive him, he was overwhelmed with joy and great expectation. While addressing the pool of supporters before his campaign team, he pledged to serve the state diligently, with the fear of God if elected as its next Governor. The former Small and Medium Enterprises Development Agency (SMEDAN) Boss also assured the people that if elected he would neither shortchange nor allow anyone to shortchange the people of the state.

Also speaking to the multitudes of crowds before them, the Director General of the Dikko-Jobe Campaign Council, Architect Ahmed Musa Dangiwa described the Dikko-Jobe ticket as the best for Katsina State come 2023, stating that the state will experience unprecedented prosperity under their watch compared to other candidates seeking to govern the state in 2023. He also thanked the people of the area for the show of love, urging them to vote for the Dikko and other candidates of the party.

Some months ago, the APC’s governorship candidate revealed how he intends to transform Katsina state if elected via his 41-page manifesto tagged “Building Your Future.” He says and I quote “My vision for the people of Katsina State is to lead a government that exists to build the future of its indigenes.” Apparently, taking the state into a developmental future is foremost on his mind. I would also expect him to adopt the measures and policies that led to the growth of SMEDAN under his stewardship.

A critical perusal of the manifesto reveals how holistic the policy document is and takes one on a step by step journey on how he plans to transform the state. For instance, security has been a major challenge across the country, Katsina state in particular. There have been recurring reports of banditry and kidnappings. In his manifesto, the gubernatorial candidate proffers a workable and doable solution that when implemented will surely go a long way in mitigating the activities of bandits and other crimes and criminalities in the state.

He proposes establishment of community security officers with community Support Office in each Local Government Areas to meet the security needs of the people. Now this is akin to state policing that is being clamored for in many quarters across the country. In many parts of the world, community policing has shown its effectiveness towards curbing crime. He also proposes modern technology and techniques on security operations as well as trainings on people management, intelligence gathering and working with federal agencies.

Education and skills development is also a key aspect in his manifesto. According to a UNICEF report in June this year, 536,132 children are currently out of school in Katsina State. This is indeed an alarming figure. Towards drastically reducing this number, a Dikko Radda administration hopes to ensure access to pre-primary education so as to increase pre-primary net enrolment rate. This he says will be achieved through providing standardized Early Childhood Education schools in all villages through partnership with private sector.

Another salient measure is strengthening technical and vocational education and training as well as improving the overall quality of higher education. The importance of Vocational and Technical Education cannot be overemphasized. It empowers individuals with skills that are in demand in the global market. Skills and knowledge are the driving powers behind economic growth and development for any country. Most especially, more self-reliant individuals are birthed with this form of education.

Health, they say, is wealth and as long as individuals of a country are healthy, their contribution to production and growth would increase. In recognition of this, the manifesto proposes to rebrand Primary Health Centers to Community Healthcare Centers to better meet the needs of the people of Katsina. Now this is novel as upgrading primary health care centers which essentially brings health care closer to the people will surely go a long way in addressing the healthcare needs of the people. The proposed increase in healthcare investment as well as establish a healthcare fund will also be key in transforming the state of healthcare of the state.

To his constituency now, i.e. Micro, Small and Medium scale enterprises (MSMEs)… No doubt his wealth of experience as boss of SMEDAN will be very instrumental in transforming the sector in Katsina state. Already, the provision in the manifesto in enhancing this sector is mouthwatering. Establishing an MSME support office under the office of the governor just shows how much he is willing to take ownership of developing the sector. A major proposal that caught my eye here is on reviewing existing MSME related laws. No doubt the importance of the legal system functions to MSMEs practice in Nigeria is vital for its development. MSMEs need to be backed by law for them to thrive.

In August, over one hundred and fifty small-holder farmers in the state benefited from assorted agricultural inputs, equipment, and seeds from the Federal Ministry of Agriculture and Rural Development. Katsina’s economy is basically agrarian with a cultivable 2.4 million hectares. However insufficient rainfall has been a major challenge to agricultural production in the state. The situation is also being aggravated by climate change. A Dikko Radda administration hopes to effectively tackle this by launching a new farmer aggregation and mechanization initiative to create economies of scale in farming. It also plans to establish a special agricultural fund that will help small scale farmers in the state.

At the tail end of last month, figures from the Nigerian Governors’ Forum, reveals that only about three states are able to generate IGR more than their FAAC allocations. All the other states including Katsina rely heavily on FAAC. While IGR can become the panacea to infrastructural development and funding of public services, the challenges behooves on tax collections by the states. The manifesto seeks to engage the community of tax rates and investments schemes, and also bring tax education to schools and businesses through a dedicated mindset program. These measures will intimate the people more on the need of taxation, capture more people in the tax net and provide much needed infrastructure with the IGR collected.

With an iron clad action plan in hand, the die is cast and the road to the Katsina government house is becoming even more clearer for the ‘Gwagwaren Katsina who would be King!’ As the cards continue to fall in his favour, it seems that only The Almighty can stop Dr Dikko Radda’s ascent to the Katsina Gubanatorial seat at this point.

“Over to you Your Excellency Sir…, on your marks, get set, ready… go!”