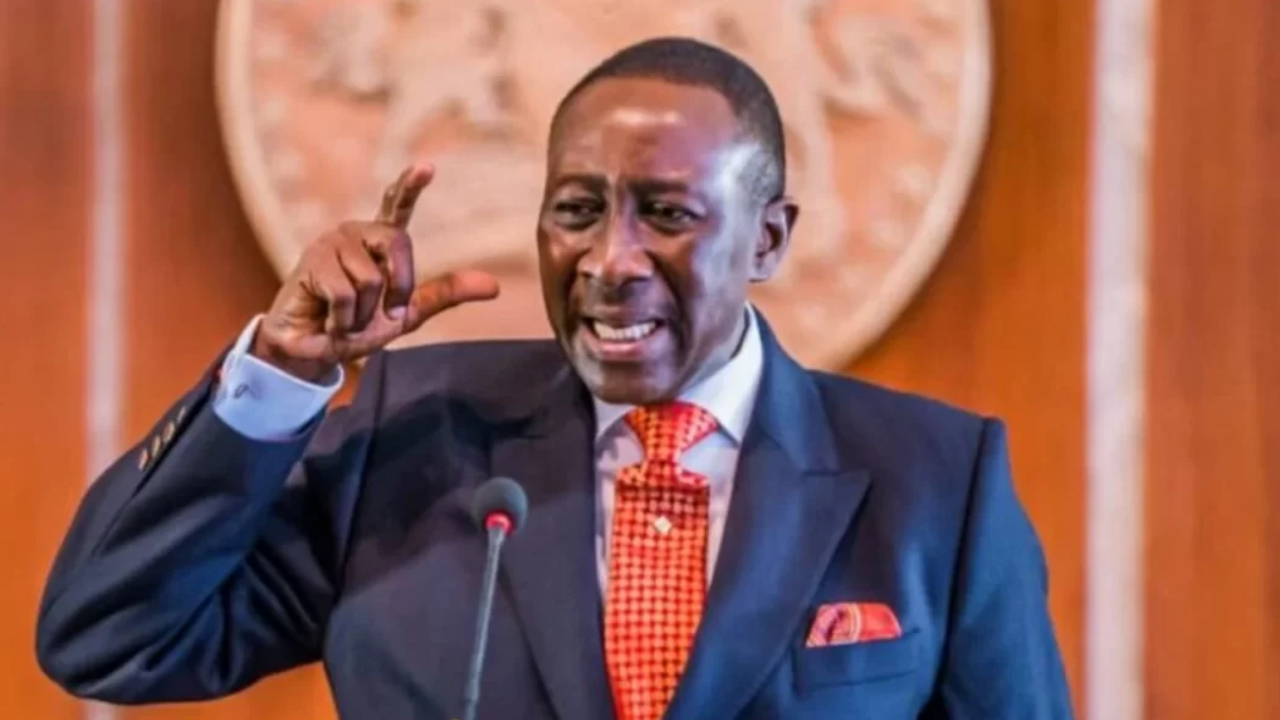 The national security adviser, Major General Babagana Monguno (retd) has said Nigeria may be losing $23 billion revenue in 2023 if crude oil theft is not checked.

He disclosed this in Abuja when he inaugurated a nine-member Special Investigative Panel (SIP) on oil theft and losses with a mandate to unravel individuals, organisations and groups behind the crude oil theft in the Niger Delta region.

According to him, “Some sources put the figure of daily crude oil losses at 800,000 bpd. This translates to a loss of income of about $64 million daily at the rate of $80 per barrel. Consequently, it is projected that if this trend continues unchecked and these figures keep fluctuating, it will result in a revenue shortfall of approximately $23bn in 2023.

”This translates to a loss of about N10 trillion when calculated at N445 to $1 exchange rate. This menace assumed a more worrisome dimension with recent discovery of illegal pipeline connection through which Trans Escravos pipeline was siphoned for several years.”

Monguno further said that recent interventions by the security agencies had revealed massive illicit platforms of stealing ranging from marine evacuations via vessels, and load-outs from illegal operations platforms.

The panel, according to the NSA, is expected to commence its assignment with immediate effect and to conclude as well as submit its report on or before 21st February, 2023.

He said Nigeria has consistently failed to meet its daily production quota of about two million barrels per day as provided by the Organisation of Petroleum Exporting Countries (OPEC) due to oil theft orchestrated by unscrupulous elements.

He added that Nigeria’s current crude production struggles to meet even one million barrels per day.

He lamented that the extent of the oil and revenue losses threaten the economy, constraining the present administration to revert to less popular monetary and fiscal policies to address revenue side constraints with dire implications.

He noted that the security operations in the region brought to the fore, “a pathetic pattern of organised criminal enterprise of economic sabotage orchestrated by unpatriotic private individuals/groups, local and international companies, leaders and communities that had shortchanged the economy and portrayed the Administration in bad light.

He said the government has been briefed on the dwindling economic fortunes including, inability to replenish foreign reserves and reduction in revenue thereby, affecting accruals into the Federation Account.

“With the scale of the theft and losses and the alleged complicity of regulatory agencies/officials and security personnel as well as the involvement of international collaborators, the enterprise is deeply entrenched and would be extremely difficult to exterminate without very stern and decisive action by the government” he said.

He said the menace of oil theft is completely unacceptable, considering its attendant impact on the economy, national development and security.

“It is an affront on the government and its institutions, which must be tackled without further delay.

“It is in this connection that the government, worried by the ugly trend, among other things, directed the setting up of a Special Investigative Panel on Oil Theft/Losses in Nigeria to investigate all aspects of crude oil theft, identify the culprits and submit its report for necessary action” he said.

The NSA said the composition of the panel, made up of a mixture of industry, security and forensic experts “with vast knowledge and experience with the required level of patriotism and integrity, is expected to investigate oil theft/losses in all its ramifications and propose wide ranging array of implementable recommendations to enable this Administration take decisive action to end the criminal enterprise within the shortest possible time.”

He told the nominees: “You are appointed into the panel based on your proven integrity, track record of service, competence and dedication to the national cause.

“I therefore urge you to work tirelessly with a view to justifying the confidence reposed in you, by working round the clock to unravel individuals and groups perpetrating this national economic crime, no matter how highly placed they may be.”

According to Monguno, nobody involved in the crime should be spared whether they are people serving or retired.

“We must fish them out and I guarantee you that they will be taken care of appropriately,” he said.

He, therefore, gave the panel with the following terms of reference: ascertain the circumstances surrounding the illegal insertion into the Trans-Escravos Pipeline (TEP) around Yokri area in Burutu local government area of Bayelsa State; establish the ramifications of crude oil theft/losses in Nigeria; ascertain the causative factors immediate and remote, of crude oil/theft/losses in the country; ascertain the extent of crude oil theft/losses in the country; with the widest possible amplitude identify persons/entities whether public, private or foreign, involved in the criminal enterprise; establish the level of culpability of identified persons/entities in the enterprise; examine the specific roles of Regulatory Agencies; Security Agencies, Tiers/Arms of Government and International Oil Companies (IOCs) in aiding and abetting the criminal enterprise; among others.

In his response, the chairman of the panel, Major General Ndiomu (retd.) gave assurance that members of the panel will justify the confidence reposed in them.

He said, “We consider this assignment as very important. Its importance is elaborated by the damage to the economy as illustrated by the National Security Adviser. To be saddled with the responsibility of partly reversing the ugly trend of the southward trajectory of the fortunes of the major source of government revenue is very rare.”

Major Generaal Ndiomu thanked the NSA for choosing them for this important national assignment.

He restated that the expertise at the disposal of each individual on the panel would help the group to fulfil the objectives of setting up the panel.

“We shall leave no stone unturned by digging deep to unravel not only the incidences of oil theft/losses but pre-disposition and causative factors as well as groups and individuals responsible for the criminal enterprise,” he said.

LEADERSHIP recalls that the Nigerian National Petroleum Company Ltd had recently awarded a multi-billion naira oil pipeline surveillance contract to firm which former Niger Delta militant, Government Ekpemudopolo, alias Tompolo, has interest in, which immediately swung into action and made shocking discoveries of illegal pipelines siphoning crude oil products and other incidents of pipeline vandalism in the oil-rich region.