*...insists hammer must fall on fake diplomatic number plates too* 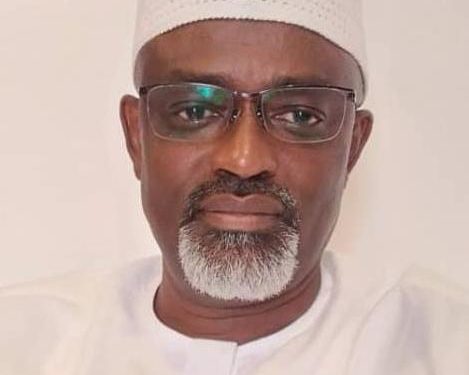 Following the directive by the Nigeria Police Force (NPF) with Ref No.CZ.5300/FPRD/FHQ/ABJ/VOL.4/153, Dated July 13th 2022, published on major national newspapers, that SPY Number Plates have been banned from Nigeria roads, ordered by Usman Alkali Baba, the inspector-general of police (IGP), it has continued to generate mixed reactions from Nigerians and security personnels.

Among them is a UN SDG Ambassador, who also doubles as the Global Vice Chairman, Advocacy for Good Governance & Social Justice Network, Amb. Husseini Coomassie who has termed the news a welcomed development.

Dr. Coomassie who had been clamouring for the ban for long has called it a pathetic situation that has brought restlessness and nuisance to our road users and security agencies.

Speaking from his private office in Abuja, he explained that the ban on the SPY number plates is long overdue because of the way and manner Nigerians abused and misunderstood the use of the said SPY number was very annoying.

“That particular number is meant only for Banks & Companies as escort Bullion/Escort Vans and definitely not for private use. But because most Nigerians don’t want to subject themselves to the usual checking of vehicle particulars, they will obtain SPY numbers just to beat the system, many of them even used the said numbers for criminal activities.

“Such numbers are to be used only on pick ups or escort vans, by the Supernumerary Police of the NPF, and not meant to be used on jeeps or private cars, some people like breaking the laws of the land for no reason,” he frowned.

Further explaining the use of the SPY Number Plates, he said: “Supernumerary Police Officer means any person appointed under Part VIII of the Police Act.

SPY police are individuals mainstreamed into the police force on a temporary basis to perform certain policing functions, mostly at the request of Banks, private organisations or government owned companies.

The Spy Police vehicle plate number was legitimately designed to give security privileges to legitimate businesses in Nigeria in their day to day activities concerning the movement of staff, equipments and VIP escorts. The SPY numbers are for operational vehicles only, a situation where you put spy numbers on Jeeps & cars is completely against the law.” Coomassie advised.

In another development, Ambassador Coomassie also advised the police high command and the Ministry of Foreign Affairs to extend their checks on fake diplomatic number plates already in circulation, adding that they are becoming too rampant on Nigerian roads.

He explained further: “I came across a toyota camry with a fake diplomatic number *IPC-UN-18* purple in colour, obviously this and many more are fake.

“The UN, RED CROSS, AU, ECOWAS and other globally approved international organisations are on blue number plates, while Embassies/High Commissions use purple plates which was formerly red, begining with each country code number printed on it and then Consulates operates on dark ash diplomatic number plates.

“For instance, *140-CD-14* for United states embassy, *138 CD 14* is for British High Commission etc, and this is allocated only by MFA, that is charged with the responsibility of issuing such numbers not Federal Road Safety Corps (FRSC).

Usman Alkali Baba, the inspector-general of police(IGP), ordered a ban on the use of police SPY vehicle number plates across the country on Wednesday stressing that the ban is without exception, irrespective of whether it was issued by the NPF or not.