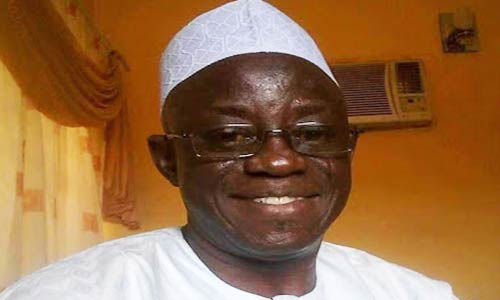 Upon his release from the Ilorin Correctional Centre in Ilorin, Kwara State, a former chairman of the Governing Council of Kwara State Polytechnic, Ilorin, Dr. Saadu Alanamu, has expressed his gratitude to President Muhammadu Buhari for the state pardon granted him.

Alanamu, who was jailed for corruption, breathed the air of freedom on Monday when he was released from the Correctional Centre.

He spoke with LEADERSHIP in Ilorin on Tuesday at a facility where he was receiving medical attention.

Alanamu, who was granted state pardon alongside 159 others in April, 2022 by the National Council of State, thanked President Muhammadu Buhari and the Prerogative Mercy Committee for finding him worthy of mercy.

He said: “I need to thank President Muhammadu Buhari for exercising his prerogative of mercy and also by extension, the presidential committee for finding me worthy of mercy.”

Alanamu also thanked his family members for their support and solidarity during his trying times as well as Islamic clerics for supporting him with prayers over the years, which has culminated in his eventual release.

He also expressed his gratitude to the people of Ilorin Emirate, especially the Emir of Ilorin, Alh. Ibrahim Sulu-Gambari.

Alanamu, who was pardoned on the ground of ill-health and being beneficial to the society, said that he holds no grudge against anyone as he had learnt a great lesson from his ordeals.

“I have learnt greatly from this phase of my life. I’m just grateful to God and I want to say that I hold no grudge against anyone and I’m at peace with myself,” he stated.