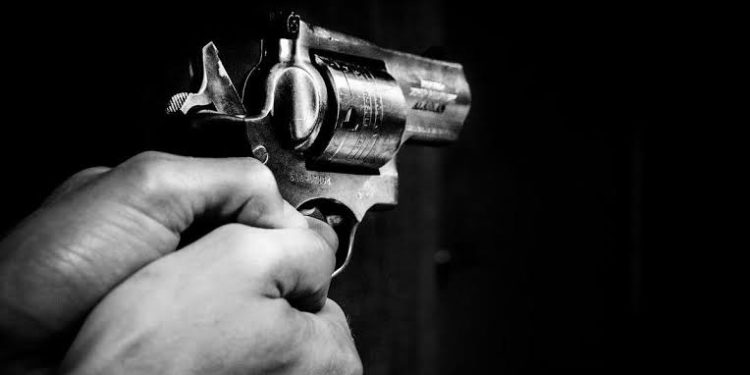 The recent decision of the Zamfara State Government to not only freely allow but also facilitate the acquisition of weapons by community members for the purpose of self-defense is a fundamental step towards the full militarisation of the populace in the state. It is both a clear admission of failure or abdication of responsibility and a sanction of lawlessness by the state government.

Commissioners Honourable Ibrahim Magaji Dosara for information and Deputy Inspector General of Police Mamman Ibrahim Tsafe (Retired) for security, in a joint press briefing on Sunday June 26 2022 in the State Capital, Gusau, disclosed that the state government has now finally “directed individuals to prepare and obtain lawful guns to defend themselves against bandits.” Even with the acknowledgement of the existence of a ban on the issuance of licences for the acquisition of guns, the Zamfara State Government, according to the two commissioners, is in consultation with the “Presidency and the high security commands in the country with a view to obtaining permission” for the people of the state to possess weapons for self-defense.

Truly and most practically, insecurity is the most familiar phenomenon in Zamfara State to which virtually everything has already been lost. The harder the government at both the state and federal levels tries to control the situation, the much severer it becomes, making most people to conclude that the authorities lack either the necessary will or the required might or both to tackle the problem.

The gun-for-all measure and such other steps as the establishment of a committee on informants and a secretariat for intelligence-gathering, recruitment of additional Community Protection Guards (CPGs), formation of more paramilitary units, restoration of the State Committee on prosecution of bandits, though look like a robust plan for the effective arrest of the situation, is still a bold statement on the perennial failure of the government to reduce the rate of the violent attacks on innocent people. Immediate closure of filling stations and the shoot-at-sight order against motorbike users in the worst-hit areas as the other counter-measures are all a testimony to the fast deterioration of the security situation in Zamfara State.

Moreover, the specific directive of the state government, as announced by the two commissioners, to the “military, police, civil defence and the other security agencies to mobilize their operatives and take fight to the enclaves of the criminals with immediate effect,” as much as it is a declaration of total resolve to deal with the problem, is also an indication that violent attacks on communities by bandits have become most prevalent. Almost everything about all these measures is just a confirmation of the failure of the government to discharge its responsibility for the provision of maximum security for the people.

The argument that security maintenance is a collective responsibility that calls for the adequate participation of every segment of the society is a very valid one, which is however being speedily pushed to a very ridiculous extent. All these Zamfara measures which are perfectly in line with the ‘collective responsibility theory’ clearly represent both a practical transfer of a heavy burden to the people and an instrument for the usurpation of the powers of law-enforcement and security agencies.

By this policy, the communities in Zamfara State are now to bear the financial cost of weapons and also, to a very large extent, shoulder the responsibility for the design, implementation and review of security policies as well as recruitment of personnel with all the grave implications such an arrangement portends for the system. In all of these, the government is to merely play the role of a facilitator. Or how else is the state government’s plan for the distribution of forms to the 19 emirates in the state for those who wish to purchase guns to be understood and explained?

Although the acquisition of such weapons has already become either a necessity for targets of violent attacks or lucrative business for desperate money seekers, the new Zamfara policy will serve as a strong booster for all those who, for either the good or the bad reasons, are demanding for them. The struggle for the accumulation of guns and all other small arms by community members will now greatly increase to the extent that it will replace the major occupations of the people.

All the new measures, of which the gun-for-all is the biggest, are however in sharp conflict with the purpose for which government exists and the resultant strategic security policies of the government and can therefore definitely not find accommodation in the basic conceptual, structural and operational frameworks of the security agencies. At a time that, in its bid to control the spread of small arms for the purpose of the de-escalation of violence in the country, the federal government has set up a Center for the Control of Small Arms and Light Weapons under the Office of the National Security Adviser, the introduction of a policy that will most likely turn the acquisition and use of guns into everyone’s business is a contradiction that can not stand.

The approach of the Governor of Zamfara State, Dr Mohammed Bello Matawallen Maradun, to the security challenge has always been largely confusing. Right from the initial steps which were more about negotiation with the bandits and these latest ones which are, more or less, an effort towards the militarisation of the populace, the results have not been encouraging.

At almost every stage, the governor’s approach has been a source of more fears that the deterioration would continue. What the continuous killings, abductions and destruction of communities in Zamfara and the other states have shown is the fact that such an approach is not the way to go.

These latest measures are even bigger sources of fear than the previous ones because they are more political and therefore less likely to generate the confidence of the people in the state. The appointment of mainly officials of the state government into the committees that have been established to implement the decisions has given the governor away as less serious than expected.

The 11-member committee on the recruitment of addition Community Protection Guards is, for example, headed by the Secretary to the State Government with three commissioners, two special advisers and a permanent commissioner at the Zamfara State Independent Electoral Commission as members. It is a kind of composition that is not balanced enough to dispel the fear that the committee will engage only the members of the ruling All Progressives Congress (APC) in the state who will do the bidding of the party during the forthcoming 2023 General Elections.

What is most undisputable is the fact that the procurement of guns by the communities which the Zamfara State Government seeks to promote will definitely spell a doom for the country’s democracy that is already a victim of various security threats. This or any other such measure can not be a substitute of a strong collaboration between the State Government as the co-ordinator of the security operations in the state and the federal government which has a monopoly of control over the security agencies for the purpose of the decimation of the fighting capacity of the violent criminals.