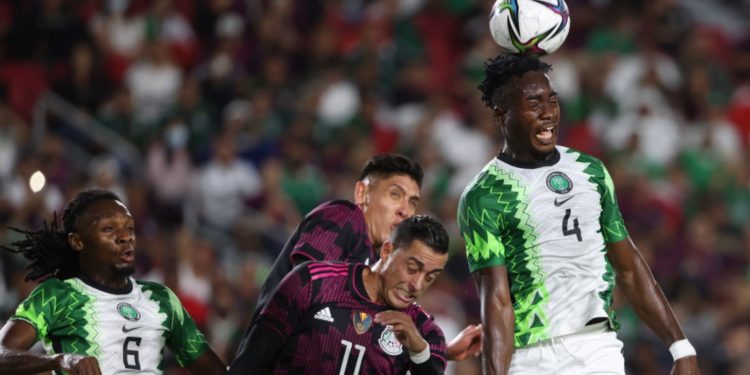 Jose Peseiro has praised the Super Eagles players for showing character despite losing Mexico in an international friendly game in Dallas, USA.

Peseiro took charge of his first game as Eagles coach but could not prevent his side from losing 2-1.

Europa Conference League top scorer Cyriel Dessers opened his goal account, as he equalised for the Eagles after Santiago Gimenez had given Mexico a first half lead.

But an own goal by William Troost-Ekong saw Mexico retook the lead.

And speaking in his post-match press conference, Peseiro praised his players for their impressive display.

“In the first half Mexico was much better than us but in the second half I think we had more balance.

“I am not happy that we lost but I’m happy with the performance of my players because they showed character especially after what Mexico did in the first half. I think in the second half there was improvement.”

In what was the first match of Coach José Peseiro as Head Coach of the Super Eagles, a largely under-strength squad fought courageously and commendably against CONCACAF ‘s perennial champions Mexico in an entertaining game that ended 2-1 at the iconic AT&T Stadium in Dallas on Saturday night.

Missing so many first-team players including Captain Ahmed Musa and being the first time they were coming together for any session since the disappointment of 2022 FIFA World Cup ticket miss, the three –time African champions were projected to be sitting ducks for the Mexicans to roast in the State of Texas.

The Eagles will be in action in another friendly on June 2nd when they will face Ecuador in New Jersey.