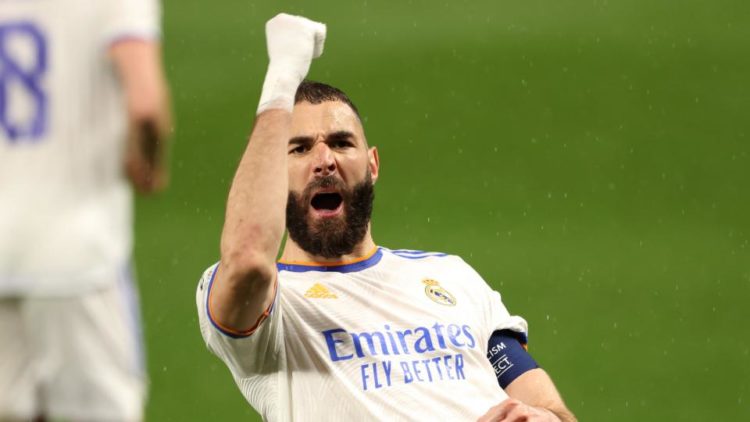 Real Madrid striker, Karim Benzema, has opened up on his chances of winning this year’s Ballon d’Or after his team defeated Liverpool 1-0 in the Champions League final on Saturday night in Paris.

Benzema has been touted by many as one of the favourites to win the Ballon d’Or award later this year.

The France international finished the Champions League campaign as the top goalscorer with 15 goals.

However, the 34-year-old believes he has done more than enough to be in contention for the prestigious individual award.

Speaking to Canal Plus (via France24) after the Champions League final in Paris, the veteran forward was quoted as saying: “Of course. Now I will join up with the national team, but I don’t think I can do much more with my club.

“We will see what happens, but in any case, I am proud of what I have done.”