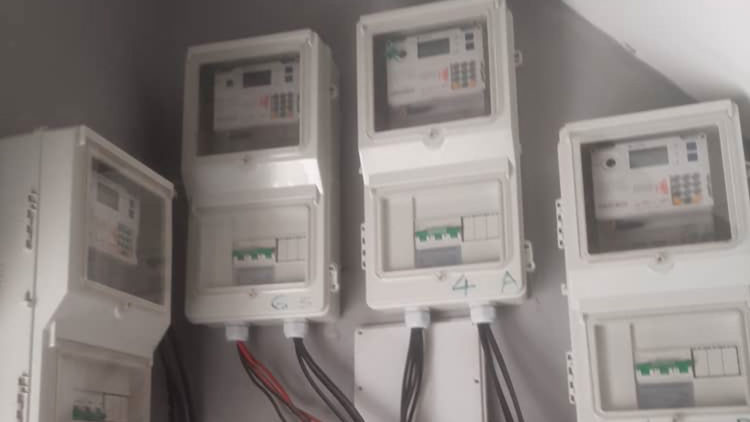 Stakeholders have insisted that there is a need to leverage the intervention by the Central Bank of Nigeria (CBN) to bridge the existing electricity metering gap in the country.

Data from the National Bureau of Statistics (NBS) showed that the number of metered electricity consumers stood at 4.96 million in the second quarter of 2022, indicating a 3.53 per cent increase on a quarter-on-quarter basis from 4.79 million in the first quarter.

This indicates that no less than 5.85 million customers are still on estimated  billing and thereby still being arbitrarily billed.

The power sector experts, who noted that the intervention is critical to the liquidity crisis in the Nigerian electricity market, said there’s urgent need to end arbitrary billing of electricity consumers.

While the National Bureau of Statistics (NBS) had earlier confirmed an improvement in the number of metered electricity consumers by 6.8 per cent in five years, millions of electricity users in the country are still subjected to estimated billing.

The Nigerian Electricity Supply Industry (NESI) has a huge metering gap despite the launch of several metering programmes of electricity consumers in the past.

A number of the initiatives had failed and have been replaced with new programmes, with estimated billing still remaining a major issue for customers without metering devices.

To reduce the gap, put electricity consumers in a transparent billing system and close the debt profile in the power sector, the CBN had launched a N120 billion National Mass Metering Programme where about 6 million meters are expected to be given to consumers on the account of the distribution companies.

While challenges, especially allegations over corruption by some DisCos have slowed down the process with only about 900,000 meters given so far, most stakeholders are asking the CBN to overhaul the scheme in a manner that will halt importation of meter and focus on local manufacturing of the assets so as to drive economy growth and employment in the country.

The rate of deployment of electricity meters, which had picked up in the first half of 2021, declined by a whopping 71.6 per cent in the last quarter amid the winding down of the National Mass Metering Programme (NMMP) sponsored by the CBN.

The concern by the stakeholders is coming amidst upward review of the current price of prepaid meters by the Nigerian Electricity Regulatory Commission (NERC) to meet the challenges occasioned by rising inflation, foreign exchange rates, associated increases in customs costs, increase in container freight costs, and the disruptions in the international supply chain were creating a global increase in the prices of raw materials and components for the manufacturing of prepaid meters.

Olubiyo was also worried over the cost of meters as well as the tendencies of some distribution companies to shortchanged consumers by importing meters which may read faster.

He believed that it would be beneficial and easier to control if the priority of the CBN is in the area of local manufacturing or assemblage of meters, alleging that corruption and bureaucracy in the existing metering scheme create rooms for exploitation.

“Privatization is still in its infancy. All over the world there are fiscal and non-fiscal incentives, like metering intervention by CBN. CBN can provide sovereign guarantee. CBN should encourage ingenious manufacturers of meters, not importers,” Olubiyo said.

PricewaterhouseCoopers’s Partner, Energy, Utilities, and Resources, Habeeb Jaiyeola, said  the interventions of CBN in addressing the gap remained relevant, adding that such a move is normal across the world.

Jaiyeola noted that the CBN intervention remained a welcomed development to facilitate investment and ensure that the electricity market thrives.

According to him, while such a fund remains a loan with a set payback period, its application has to be strictly monitored to ensure project objectives are achieved.

A Public-private partnership consultant, who participated in the privatisation process of the power sector, Joseph Tsavsar, said metering of customers became an issue due to the liquidity crisis the distribution companies are experiencing.

According to him, the liquidity crisis is due to non cost recovery tariffs and the  generation capacity that is transmitted to the Discos against what was provided in the  privatisation agreement.

Noting that the intervention by CBN is an afterthought and was not anticipated in the privatisation agreement,Tsavsar said the intervention is commercial and increases the financial burden on the DisCos balance sheets.

A stakeholder in the electricity market, Adetayo Adegbemle noted the need to ascertain the accurate number of consumers connected to the national grid, and their demography, stressing “without this, any intervention policy will always be short.”

According to him, CBN can provide funds for Local Meter Manufacturers and for development of a metering ecosystem, aimed at resolving Nigeria’s metering problems, but should also be independent of the Discos.

Adegbemle expressed concerns over the delays in kick starting the second phase of the NMMP, stressing “If we have used two years to implement Phase zero already, which is barely a million meters, how long will it take to implement the remaining five million?”

He alleged that serious efforts went into  silencing the published allegations of diversion of money meant for metering given to the MAPs, noting that “This is definitely casting an ominous shadow on Phase one of NMMP.”

Suggesting a more sustainable leeway for the metering gap, Adegbemle said: “License the independent metering providers (IMSPs), let NEMSA test and approves all meters, and let consumers be able to get their meters off the shelves, remove the metering components in the tariff, and pass a regulation that outlaw power connection without meter. You will be surprised at the rate at which the metering gap will be closed. Another advantage is that we will be able to have third party data to collaborate policies.”