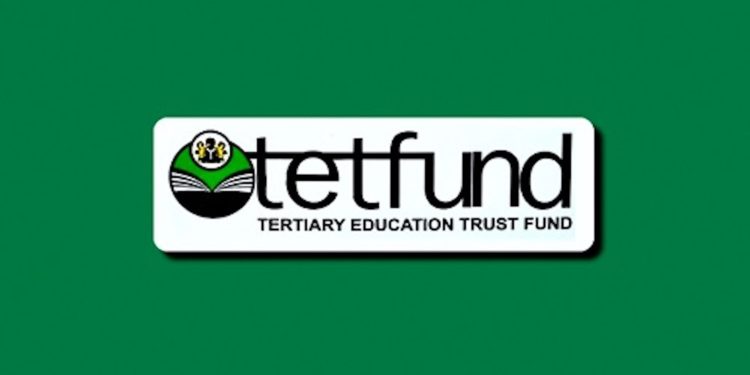 Over the years, the relationship between the two parties has been a symbiotic one. However, to further consolidate this, a team of the National Executive Committee (NEC) of the ABU Alumni Association paid a courtesy visit to the Executive Secretary of (TETFund), Arc Sonny Echono recently in office in Abuja.
Speaking during the visit, the President of the ABU Alumni, Dr. Ibrahim Sani Khali congratulated the Executive Secretary on his appointment as well as his records of achievements in service to humanity.

Khali informed Echono that the Annual General Assembly of the ABU Alumni has been slated to hold in Zaria, pleading for the Fund’s support to make the event a huge success.

He looked forward to strengthening the corporation and support to the Alumni Association and the university at large, especially the dilapidated structures and expansion of existing facilities.

Responding, Echono expressed excitement with the ABU Alumni visit, while taking pride in the modest effort TETFund has made to sustain Tertiary Education sector in Nigeria, adding, “we feel very proud that despite the limited resources available, TETFund over the years have been able to bring such level of impact”.

“I have noted the main issues the association sort partnership and collaborations with us”, explaining further that TETFund is in the process of also intervening in hostels, stating that Public Universities are providing accommodation to more than 15 percent of the students on campus.

He said TETFund would continue to play its role to sustain ABU and other pioneer institutions in the country, adding that the Fund would liaise with the organization to see areas that fall within its mandate after which collaboration and support can be extended.
The members of the team included Dr Ibrahim Sani Khali, Adamu Mamman Kontagora, Lanre Ahmed, Sam Agbi-Ojie, Prof. Maryam Aminu and Danjuma Mahmoud.

“””Vice Chancellors Key Players To Promote Stability In varsities-Echono.
The executive secretary of Tertiary Education Trust Fund (TETFund), Arch. Sonny Echono has described the Committee of Vice Chancellors of Nigerian Universities (CVCNU) as a key player in the education sector.

Echono stated this during a courtesy visit by the CVCNU to the TETFund office in Abuja.
Echono said, “I want to state that over the years, the Committee of Vice-Chancellors of Nigerian Universities has remained a key player in the sector that renders advice and promotes stability in the university system.

“I crave your indulgence to continue to play this role, and to also look into the current challenges being faced in our universities today with the view of proffering solutions for government and other stakeholders to adopt and restore normalcy in the education sector as well as promote the rebuilding and internationalization of our university system”, he said.

While assuring the Committee of the Fund’s commitment to sustain ongoing reforms in the education sector, with increased emphasis on the content component of its interventions including research and ICT, the Executive Secretary urged other key players including the private sector to be involved in strengthening the system to complement government’s effort.
Speaking on the anti-plagiarism device introduced by CVCNU, Echono stated that the Fund would continue to partner with the committee to achieve their goals.

“We have existing partnerships, particularly in the digitization of thesis. We are confident that once this is accomplished, it will not only provide open learning resources for researchers and students who want to access previous works done in their respective areas of research but also promote a culture of academic excellence.

“One of the problems of our education today is the quality of our graduates, particularly the quality of their thesis. Many students plagiarize other people’s work.

“We believe the anti-plagiarism device you have developed will go a long way in detecting this and ensuring compliance. Indeed, we have adopted a policy in TETFund that going forward, all proposals coming to us must go through your system and receive certification that it has passed a minimum standard that is required and for all publishers and authors before it can benefit from our support Intervention”, Echono added.
Earlier, the chairman, CVCNU and vice-chancellor, Niger Delta University, Prof. Samuel Edoumiekumo congratulated Arc. Echono on his appointment pledged the commitment and support of his Committee to the attainment of TETFund’s goals.

He commended the Fund for its role in transforming public tertiary educational institutions in Nigeria, while requesting for a review of the funding support to beneficiary institutions towards improving capacities of staff and students; building capacity of academic staff for generating content; embarking on professional certifications in current Information and Technology (IT) platforms among others.