That APC Request For ‘Extra Time’ On Security 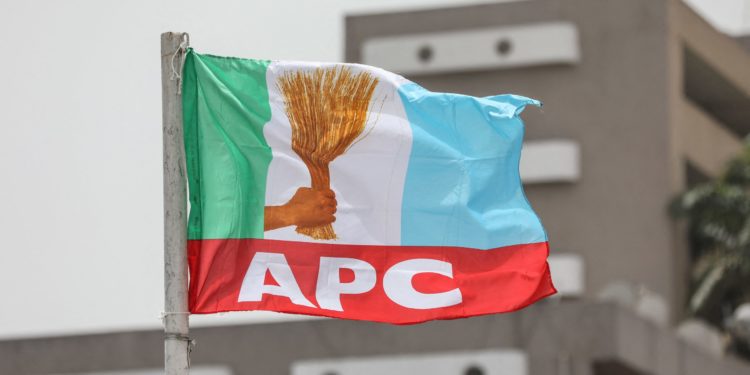 The All Progressives Congress (APC) recently disclosed security would be a key agenda for the party ahead of the 2023 general election.

Accordingly, the governing party is planning to implicitly ask for more time to fulfill its campaign promise by reintroducing the issue of security in its campaign for the 2023 general election.

National vice chairman of the party (North West), Mallam Salihu Lukman, disclosed this in a personally signed statement after a meeting, which he said is in continuation of APC’s fact-finding tour on how to sustain the tempo in areas the party “is doing excellently well.”

The idea, he noted, is to also “improve on areas that the party has built something to stand upon and re-strategise for few gray areas to be addressed, adding that the APC “has listened to the yearnings and aspirations of the people of Sokoto State through the stakeholders who represent the interests of their people.”

Lukman listed the current security challenges “bedeviling the zone and the entirety of North, particularly Sokoto, Zamfara, Katsina, Kaduna and Kebbi States, among other states of the country,” as part of the matters discussed at the meeting.

He said as an agent of the people as well as that of the party, he would join the party’s elders such as Senator Wamakko to take the matter to the appropriate authority with all sense of commitments, adding that “security issue will be the front banner of the party’s agenda for 2023 and beyond.”

First, Lukman was stating the obvious. Evidently, the security situation has remained a major crisis in the country seven years after the APC came to power. And so, as the 2023 general election approaches, it is inevitable that it be a major campaign issue. For some, as far as the security situation goes, this election would afford the clearest trial on our national conscience.

And they would be justified for having such a notion as we have had to witness, in recent times, what some would easily describe as insecurity at its utterly maddening level.
From the attack on the president’s advanced team to the storming of the Kuje Prison and release of hardened Boko Haram leaders. Not forgetting the Abuja-Kaduna train attack especially as passengers are still being held by the luxuriating criminals in the forests. Who would forget the attack on Catholic Church in Owo, Ondo State, and the numerous others which are becoming too many to remember.

We now struggle to remember the number of gruesome killing incidents, kidnapped cases and, more worrisome, those still at the mercy kidnappers. It is increasingly comprehensible why it would be very hard to take a country like ours seriously.

So, APC’s plea to Nigerians for “extra time” to address the security situation is expected and within their rights as a party to make.

But after seven years, such a plea is insightful, more so, that the worrisome pre-2015 security situation was one of the key reasons (besides corruption and economic concerns) upon which the party campaigned for the presidency and won, thereby sacking the hitherto ruling Peoples Democratic Party (PDP) out of office.
Yet, we would have hoped that APC pay more attention to arresting the current madness that the country faces now. We are worried that such a fundamental issue as failings on actionable intelligence still manifests at such critical times.

Interestingly, the plea was made during a political meeting in an intense political season. As much as the comment risks being sneered at as the “usual political pledge”, it is, nonetheless, indicative of the times.

As the campaigns begin, parties and their candidate would bombard the political space with demands for vote. Sadly, unless some miracle happens, we would have a highly

“politicised” debate among them on security crisis during the campaigns rather than a healthy debates or discussions on how to significantly arrest and address this monster and its offsprings feeding fat on our national resources for over a decade.

With an election largely driven by individual egos and crass desperation, the polity is set to witness a situation where parties and candidates would attempt to have the loudest voice in the room, talk over each others heads and get locked in a blame game over the situation.

The point cannot be made enough that leaders and politicians seeking elective offices need to rethink the way they intend to approach the security crisis discussion ahead of the election. It would be disastrous if they fail to realise that their political ambitions depend heavily on a safe and secure country.

However, it is our considered that APC and its government has the constitutional responsibility to ensure that the country safely conducts the 2023 general election so that democracy can thrive.

Harvest Of Terror At The Centre Of Power