The Most Expensive Restaurants In The World

Here are some expensive and spectacular restaurants in the world we think is your money’s worth! 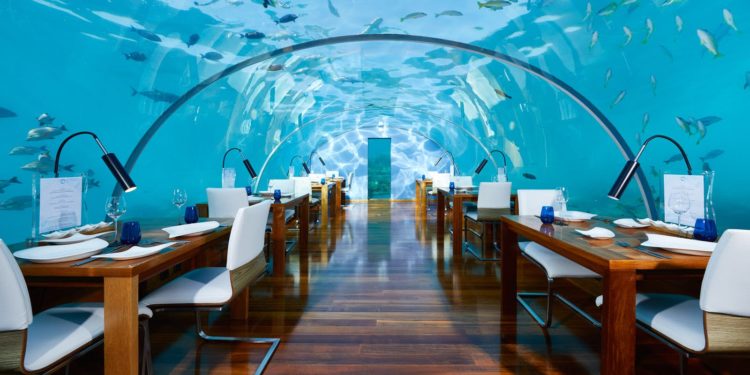 Ithaa Undersea is the world’s first underwater restaurant and is located on Rangali Island in the Maldives.  To dine in this restaurant, you’re looking at approximately $320 per head; but in exchange, you’ll be enjoying your food five metres below the Indian ocean. With panoramic views of the ocean, all its marine life and coral gardens.

Next up, we have Aragawa, which is located in the basement of an old office building in Tokyo, Japan.  Unlike a lot of other high-end restaurants, Aragawa offers an a la carte menu instead of a tasting menu. This means the final price of the meal is totally determined by you, but it typically ranges between $260 – $370 per head.

Guy Savoy has two restaurants that bear his name, one in Las Vegas and the other in Paris, France. Although both restaurants have gained multiple Michelin stars; we chose to focus on the restaurant in France because it’s the flagship. The restaurant offers a 13-course tasting menu, which will run you around $626 without drinks, and focus heavily on meat.

Coming in at number six on our list of the most expensive restaurants in the world is Restaurant De L’Hôtel De Ville. It’s a bit of a mouthful to pronounce, but it’s one of the best restaurants in the world based on the exceptional quality of food and dining experience. If you have the money, and are willing to pay $415 per head, then you can look forward to an eleven-course tasting menu.

The second most expensive restaurant in the world is Per Se, located in New York, United States. Opening its doors to the world in 2004, Per Se is Thomas Kellers second three-star Michelin restaurant. Per Se is mostly known for its exceptionally delicate presentation and exquisite flavours. It offers a choice of three tasting menus in total, including a vegetarian option, but it’s nine-course tasting menu that focuses mainly on French and American cuisine, is the most popular choice by diners.

One of the most elite and expensive restaurants in the world, Ultraviolet costs between $570 – $900 per head, excluding drinks and taxes. Now, this restaurant differs from the rest on the list as there’s only one table that accommodates a maximum of ten people. For your $900, you can expect to enjoy between 10-20 tasting courses; with each course highlighting different ingredients, and presented in the most innovative ways.

Sublimotion is the most expensive restaurant in the world, costing an eye-watering $2,380 per head. Yes, you read that right! Sublimation charges its diners $2,380 per head for a 20-course tasting menu.  The restaurant is only open for a few months a year in the Spanish summer, from June 1st to September 30th, and is run by Michelin two-star chef, Paco Roncero. If you manage to reserve yourself a table during the summer season, you can expect a whole new level of dining experience and entertainment.