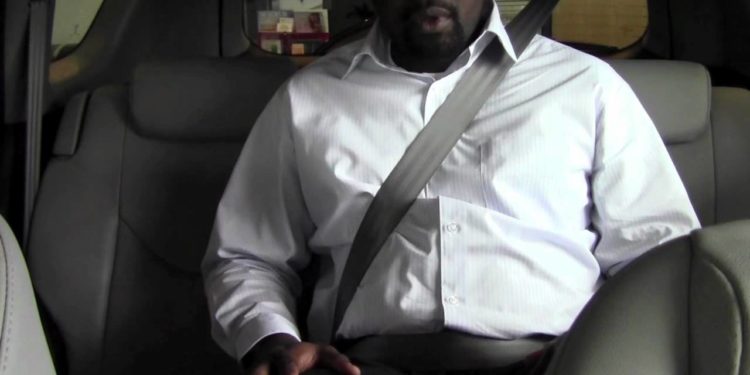 I was privileged to be part of the three man team that muted the idea and kick -started the campaign to tilt driving behavior in the country. The process was fully owned by me as the spokesperson of the Federal Road Safety Corps. As the spokesperson for the Corps, I was privileged to work with the former Corps Marshal Boboye Oyeyemi as well as Kayode Olagunju who was then the Sector Commander in Lagos.

As Sector Commander, Lagos, Olagunju responsibilities was to coordinate my movement with Lagos and Ibadan to curry the buy in of my media colleagues. The cost for the movement to Lagos and Ibadan, the Oyo State capital was borne by the former Corps Marshal.

Although it sounds strange but a good number of people within the Corps were not even aware of the campaign drive until the Guardian did a beautiful editorial commending the Corps for the initiatives but advising that the six months deadline given be extended by another six month which we obviously did before we went full blast with the enforcement of seat belt usage by driver and front seat passengers.

The novel initiative remains a key success story for the Corps unlike the campaign on the compulsory use of crash helmet by motorcycle operators as well as their pillions. Before the Corps is crucified, let me wear the robe of my learned colleagues and attempt to put the facts on the burner for better understanding. The seat belt and crash helmet enforcement were totally different for obvious reasons.

While the seat belt campaign for a significant number of users did not require buying or fixing anything in the vehicles. Therefore it did not place any financial burden on either the vehicle owner or the passengers. All that the Corps asked was for occupants strap themselves while in motion as contained in the National Road Traffic Regulations.

However the crash helmet enforcement in my view did not consider varying realities that ended up as the albatross. These factors include the level of poverty, illiteracy, religious sentiments, and the cost components involving purchasing a crash helmet as well as the health scare or implications of multiple usage of a crash helmet which was drummed by most motorists. These factors in my mind created a gap which I am glad the current campaign is addressing for better results

It is now almost twenty years since the seat belt campaign kicked off. There is no doubt that the level of compliance has been huge across board despite certain limitations. First, is the fact that we are yet to navigate to the enforcement of the usage by front seat passengers? The preponderance of commercial vehicles numbering about 4867217 which mostly serves in the transportation needs in the absence of an effective intermodal system is a challenge.
I do believe that the time to up the ante in this success story in order to firm up part strategies to redress crash trend is now. But while we consider tinkering with this thought, it is interesting to share with you the concern in a developed clime like the United Kingdom where despite the level of success recorded and the amount invested in raising the level of awareness, government is being urged to reinforce seat belt messages.
Interestingly, seat belt usage by seating position in the United Kingdom will marvel you. For starters, driver usage is ranked 97percent while front seat passengers stands at 96percent. Rear seat passenger ranking is 92percent.

The question being asked by observers is whether the existing penalties for seat belt infraction are sufficient deterrent. This concern is borne out of the results of an observation survey, carried out in the autumn of 2021 which found out that more than five percent of drivers were not wearing seat belt in all vehicle types. The figure for front seat passengers is almost similar as it found out that non-compliance rates rose to more than eight percent among rear seat passengers.
Observers have reacted to this decline describing it as “shocking” noting that seatbelts are probably the single biggest life-saving device ever introduced into vehicles and therefore requires a reinforcement of the messages while enforcement must be stepped up. These finding they note raises fundamental questions which include whether the existing laws are sufficient and whether there is the need to roll out a new awareness campaign strategy. My thoughts are fully aligned with these concern as I believe that we need to do postmortem on seat belt usage.

I am sure you will be wondering what the penalty is for this infraction in the UK. Presently drivers and passengers face an on-the-spot fine of one hundred pound which is about forty-nine thousand naira and if prosecuted can face a maximum of 500 pounds which is equivalent to over two hundred thousand naira while the cost for similar infraction in our clime is two thousand naira.
Despite this lamentations, seat belt wearing is high as estimates in 2021 stands at 94. 8percent for drivers, 94.6 for front seat passengers and 91.5 for rear seat passengers. Among car drivers, the compliance rates were slightly greater at 97.2 percent for drivers, 96.8percent for front seat passengers and 92.2percent for rear seat Passengers.
However, with data showing that 23percent of car occupant fatalities in 2020 were not wearing a seatbelt, the Department for Transport says those who do not wear a seatbelt are ‘disproportionately likely to be killed in road collisions’. This underscores my call for a reconsideration of the current penalties in our clime to deter continuous infractions as well as enhance efforts by the Corps to reduce road traffic crashes.
Truth is that seat belts save lives. It can’t be put simpler than that. Seat belts have been adjudged to be the most effective traffic safety device for the prevention of death and injury in the event of crash. Wearing a seat belt can reduce risk of crash injuries by fifty percent according to the Global National Safety Council.
For those who insist that the use of seat belt is not an issue that merit the kind of attention being given to it by the FRSC, for those who believe that it is another money spinning venture for FRSC, for those who believe that we are making much about nothing, it is hoped that by the time FRSC commences and concludes it public enlightenment activities preparatory to enforcement opinions and perception would have changed.
Remember that on January, 1st 2003, the Corps launched a decisive enforcement on the use of front occupant seat belt nationwide. One could say without fear of contradiction that the launch was extremely successful with about 90% compliance level recorded all over the country.
Thirteen years down the line, the need arises to take another long look at the issue of seat belt usage in the county. Evolving times comes with evolving technologies, which in turn comes with associated complications and risks factors, which in their own turn requires commensurate strategies to combat. As technology improves on vehicles and roads, traffic management strategies must also be employed to examine ways to minimize crash causative factors inherent in these.
Nigeria, like most other African countries is witnessing population explosion with its attendant vehicular increase and activity on the roads. Juxtaposed against this is the skyrocketing technology advancements…… High-tech vehicles, high tech gadgets (with high-tech distractions),. While the FRSC is totally focused on battling to ensure that the reduction of crashes to the barest minimum is achieved even in the face of the distraction, it nevertheless must put in place machinery to ensure that in the event of a crash, minimum level of injuries and fatalities are recorded. That is the all-encompassing mandate.