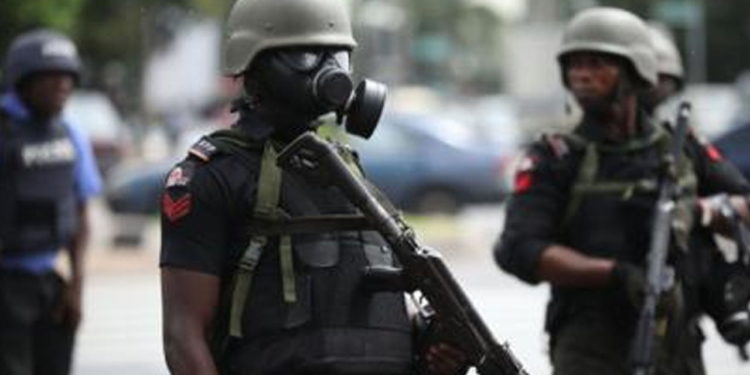 Katsina State Police Command has confirmed that the notorious bandit kingpin, Ado Aleru, who was turbaned last Thursday by the Yandoto Daji Emirate in Zamfara State, is still on its wanted list.

The command said Alero of killing 100 residents of the state

The command spokesman, Gambo Isah, divulged this when he responded to the chieftaincy title conferred on the bandit’s leader in Zamfara State.

He added that Aleru is also declared wanted for the killing of over 100 residents of Kadisau village in Faskari local government area of the state.
The Katsina State Police Command had in June last year declared the 47-year-old Alero of Tsafe local government area of Zamfara State wanted, placing a bounty of N5 million on him – dead or alive.
He was accused of being a notorious leader of groups of bandits terrorising communities in Katsina and Zamfara States.
Days before he was declared wanted by the police, Alero reportedly led a group of bandits to attack Kadisau village on June 9 where lots of innocent residents of the community were killed in the attack.
The Emir of Yandoto Daji, one of the newly created emirates in Zamfara, Aliyu Marafa, had on 16th July, 2022 turbaned Aleru as the Sarkin Fulani (Chief of Fulani) as a proposition to forestall attacks by non-state armed groups in his area.
Meanwhile, Governor Aminu Bello Masari has said the state government has not forgiven the most wanted terrorist Adamu Alero who was conferred a traditional title as Sarki Fulani Daji in Zamfara State.
Speaking to BBC Hausa yesterday morning, the governor said the state government had not forgiven the terrorist and expressed shock that an emir in neighbouring Zamfara conferred a traditional title on him.
He argued that even if Aleru has accepted to live peacefully with the communities in Zamfara, his government still considers him a terrorist.
“It’s surprising because Katsina and Zamfara are the same. If a neighbour doesn’t support his neighbour, do you think he would be supported in his time of travails? So, it surprised me how they looked away from their neighbours (Katsina). It affected them too because a traitor when he is done with your enemy would turn towards you.
“We’ve not forgiven him and just as the police in Katsina said, they’re still looking for him. For me, I only have business with Governor Mattawalle of Zamfara State and I tried reaching out to him but couldn’t get him. The police command here (Katsina) has the responsibility to reach out to the police in Zamfara to know what’s going on,” he said.
Masari promised to discuss the issue with the Zamfara State governor though he learnt that the state government had suspended the emir over the coronation.
“The suspension of the emir and inauguration of an investigative committee show that the state government is taking action. So, we’ll arrest him when we see him.
“The only issue is that the police in Katsina can’t go to Zamfara and arrest him. So, if he dares enter Katsina again, we’ll arrest him so that he can answer for his crimes. Even if they said he has stopped, we know that here in Katsina, he is still killing people. His boys are still killing people,” he added.