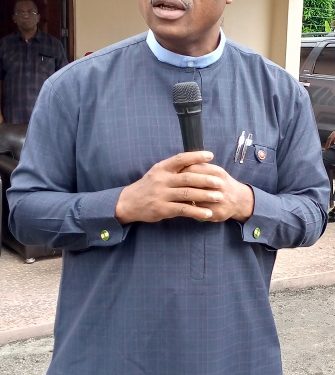 All Progressives Congress (APC) governorship candidate in Abia State, High Chief Ikechi Emenike, has appealed to the people to refrain from “turn-by-turn politics” so that the state can have competent leaders.

He said the ruling Peoples Democratic Party (PDP) has used the approach to perpetuate incompetence and stagnate the state.

Emenike made the call yesterday when he addressed stakeholders at Ohambele in Ukwa East local government area.

He said turn-by-turn had failed to bring development to the state because it had been used to produce concentric layers of incompetent leaders.

“What we need is the best for Abia,” he said, alluding to the controversial power rotation debate which has continued to rage in the state with the proponents less bothered about competence.

The governorship hopeful argued that havung tried the ruling PDP for over two decades with little or nothing to show for it in terms of good governance and development, the time has come for Abia people to try another party.

Emenike stated that Abia must put an end to the relay race of PDP which involved passing the baton of governance from one incompetent person to another, adding that 2023 would usher in brighter days for God’s Own State.

“Your morning is about to break. You have witnessed the darkest part of the night. The time is up for bad leaders in Abia,” he told the Ndoki APC stakeholders.
The Abia APC leader lamented the deplorable state of the roads leading to Abia’s oil bearing communities, which he witnessed first hand with his entourage on the way to Ukwa East.

He promised to fix the road within the first six months of the expected APC administration in Abia come 2023, adding that both Ukwa East and Ukwa West deserve priority attention being the goose that lay the golden egg for Abia.

Emenike stated that it was pathetic that Nigerians have found themselves in situations where mundane issues like building of roads have become campaign issues while higher issues of governance were relegated to the background.
He decried the neglect of Abia oil- bearing communities to the extent that the area have become inaccessible from every direction due to the total collapse of the roads leading to the area.

While on his way to the stakeholders meeting Emenike had stopped over and paid condolence visit to former Senate President, Chief Adolph Wabara, who lost his wife, Felicia, two months ago.