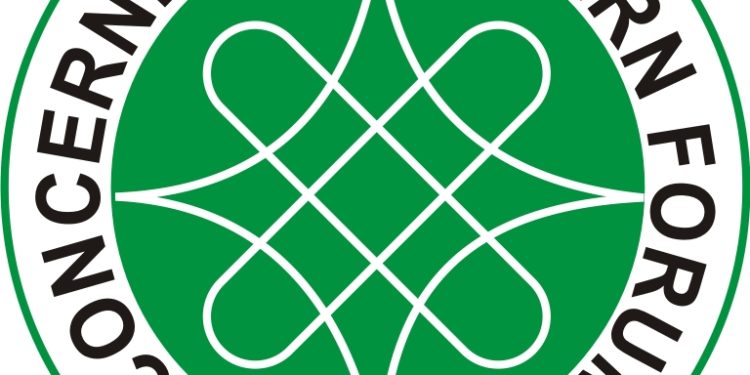 Leadership of Concerned Northern Forum (CNF) has kicked against Governor Bello Mattawalle of Zamfara State over his call on people of the state to take up arms and defend themselves against bandits.

The forum urged the governor to re-examine his position on arms as it argued that arms bearing is an economic tool in the hands of the citizens against others, and allowing it may lead to more abuses.

While commending the governor’s effort to stem the tide of insecurity in the state, the forum appealed to the federal government to deploy more security personnel to the troubled state and empower local vigilant groups to help in intelligence gathering.

In a statement issued by the group’s spokesman, Comrade Abdulsalam Mohammed Kazeem, he said: “We as a forum and one of the leading voices of our region sympathise with the government and people of Zamfara State over the current spate of insecurity and the untold hardship the situation caused them despite their loyalty to constituted authorities.

“We are not against self defence but, we can’t support the decision directing civilians to bear arm themselves, because we are all witness to the inabilities of developed countries with accurate data’s at all levels with such policies and their inabilities to stop the consequences of gun violence.

“Arms bearing is an economic tool in the hands of citizens against others, and that may lead to more abuses, as such; we are of the opinion that the decision is timely considering demography of those involved.

“According to Fire Arms Act, private citizens are only licenced to acquire Pump Action and Short guns, so how can a farmer in Zamfara state defend himself against a terrorists with GPMG, Anti- Aircraft and AK 47? who will train the farmers after acquiring such Arms, what is the capacity of our training ranges nationwide and who will be responsible for the training? And at what point will Zamfara state Government retrieve back all the said Guns licensed to them? These are too me questions begging for answers.

“Though we are aware that the governor is only trying to score a cheap political point, we appeal to him to face governance squarely with all sincerity of purpose and accept responsibility at any rate, the era of chasing shadows is over, by the way he does not even have the right in the first place to direct the state CP to give interested citizens license because the police is a Federal agent and they are not answerable to him under section 214 of the 1999 constitution.

“We salute his courage for his decisive actions on the closures of some market, ban and sale of petroleum products in jerrycans and complete ban of motor circles, we are of the opinion that the said ban will not see the light of the day without strong, visible and motivated enforcement team in place.

“We appeal to federal government to deploy more security personnel to Zamfara State, to empower Local vigilant group as will believe it will help in local intelligence gathering and our security agencies should be properly empowered; which I’m return will bring about efficiency, effectiveness and timely results that will stand challenge of time,” the forum said.