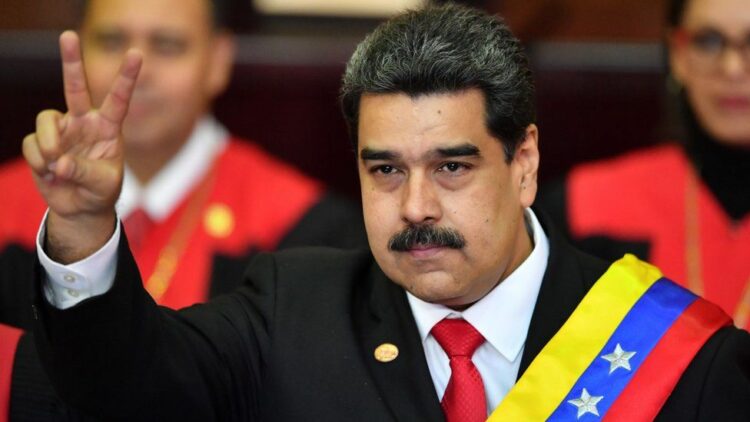 The Bolivarian Republic of Venezuela is vehement in its call for a redefinition of the world order and persistent opposition to the Western- driven imperialist hegemony that is replete with repression and sanctions against  his country and others imposed by the United States and its European allies.

President of Venezuela, Nicolas Maduro, was apt when he delivered a thought-provoking address at the 77th United Nations General Assembly(UNGA) in New York in the presence of the 193 countries that make of the United Nations.  He rallied the world and tasked them to propagate genuine ideals that respect human dignity and free his country and others trapped under Western- backed sanctions.

“I would like to take advantage of the time available to us to speak in this forum, on behalf of the 30 million Venezuelan, men and women, to send an open letter to humanity since I do not believe that the words of a ruler of the 21st century have any other addressee or purpose than that of a ruler of the 21st century, especially in such a crucial moment for the world when greater participation of the people is needed for the creation of alternatives to transform reality,” Maduro said.

He decried the pernicious worldwide campaign of discredit and stigmatization  being waged against his country and its people, its  republican institutions, and against its democratic revolution for the simple fact of challenging, at the end of the last century, the unique thought regime that was imposed to the world under the mask of the market economy and the neoliberal globalization, a model that, in the name of freedom, became the modern version of colonization.

“The purpose of this campaign against Venezuela is none other than to create the objective conditions to politically and economically asphyxiate any attempt to develop alternatives to an imperialist and predatory system, as capitalism has turned out to be in all its historical phases.

“In the economic field, few know that 913 illegal sanctions weigh on this small but worthy country, which in short, prevent my people from selling and buying what they produce and need for the development and enjoyment of our individual and collective existence”.

The Venezuelan leader was apt that irrespective of the vile propaganda against his country with false narrative, Venezuela during the last two decades, has held 29 free elections which have defined its social, economic and political model, called Bolivarian Socialism.

“The world’s people should know that Venezuela has been subjected to all the manuals to destabilize its democracy. On the political side, imperialism has been unsuccessfully employing the illegal method of regime change: they have promoted attempts of assassination and invasion, they have created seditious movements against the Constitution, and they have even invented a fictitious parallel government that bordered on the ridiculous.

“In concrete terms, this translates into suffering, deprivation and systematic aggression that restrict my country’s life and collective rights, which is why we do not hesitate to denounce these cruel measures as crimes against humanity. This economic war, whose losses for my nation exceeded 150 billion dollars in recent years, increased during the most severe period of the global pandemic, making it impossible for us to buy medical supplies, medicines and vaccines,” Maduro said.

He further stated that the stigmatization against his country has served as an alibi for Europe and the United States to exercise the most shameless plundering ever committed against Venezuela’s patrimony and assets abroad. “More than 31 tons of Venezuelan gold reserves deposited in the Bank of England, estimated at one point three billion dollars, are still under seizure. The robbery of the Citgo Petroleum Corporation in February 2019 is another example, in addition to the more than ten billion dollars of Venezuelan deposits and funds in foreign banks illegally blocked,’’ he noted.

The Venezuelan leader stressed that his country  despite the sanctions, has remained resolute and its people have strengthened their conscience and determination to be free while even in the worst circumstances, as Venezuela’s model protects and prioritizes citizen’s social rights, access to housing, education, health, work and culture.

“Today’s humanity that watches and listens to us has the right to know that, under the most extreme conditions summarized here, our people have not given up; on the contrary, they have built their way to the consolidation of social peace, economic recovery and the strengthening of democracy. We know firsthand the adversity and miracles our own will and effort can perform.

“For the first time in 120 years, we are producing 80% of what we consume, so we can affirm that we are in a position to join forces to face the great threats that loom over the world,” he said.

Expanding the scope of his address, Maduro  rejected all military provocations, interfering economic sanctions taken against Russia, and the campaign of hatred unleashed to the detriment of the Slavic people, considering that these actions, far from contributing to peace, fuel the fire of war.

He decried that U.S. invasion of Afghanistan in 2001, international trust was broken and the contradictions of an imperialist and supremacist logic became more acute.

“Since then, we have seen blood flow with impunity in Iraq, Yemen, Haiti, Somalia, Libya and Syria, to name a few milestones of this shameful tragedy undermining the indispensable international law.

“Nevertheless, in Venezuela, we have reasons to be optimistic because we have learned to trust in the people, their intelligence, their benevolence, and their attachment to justice and true life,” he said.

He then told the Western powers that despite their arrogance, the world is living in a post-imperial epochal change and the Northern part of the world has to recognize that the reigning unipolar and colonialist order is not able to respond satisfactorily to the problems and needs that it has created to the detriment of humanity being exploited, violated and destroyed by capitalism in all its historical phases.

“The northern part of the world must accept the indisputable emergence of new powers and new leaderships, such as China, Russia, India, Iran and Turkiye. It must open itself to the possibility of being part of a multi-polar, pluricentric and world free of hegemonies.

“There is an urgent need for an ethical change in the old powers in favor of the construction of a new common world, without colonized or colonizers, where we work together for the solutions our peoples  demand of us.

“Venezuela hopes that reason, wisdom and prudence will be heard in this assembly. And the rights of the peoples of the world be recognized and respected, and the injustice committed against the Saharawi and Palestinian people by denying them the right to have a homeland be repaired.

“We pray for an end to the illegal economic sanctions and political persecutions against Nicaragua, sister Cuba, Iran and Russia. We pray for the reparation of the Argentine people and the restitution of their rights over the Malvinas Islands, taken away with blood and fire by the imperial logic that we have been denouncing,” Maduro averred.