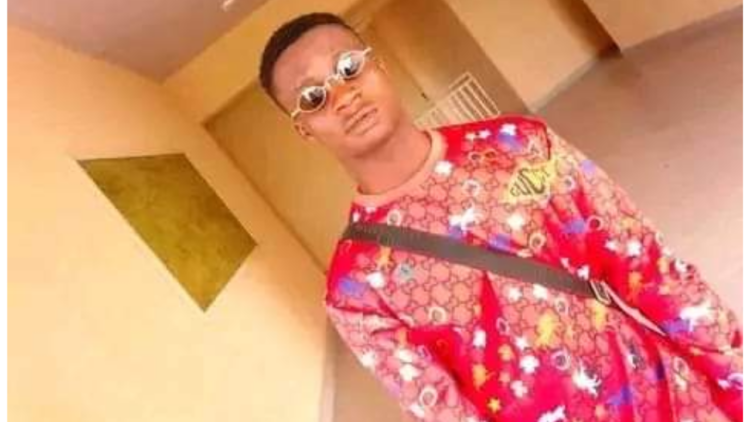 A 400-level student of Federal University, Kashere (FUK), Gombe State one Nalkur Zwalnan Lar of the education department on Wednesday night hanged himself to death outside the school campus.

According to sources, the deceased committed suicide at Santuraki quarters near a telecommunications mast.

It was gathered that he killed himself after finding out on resumption of academic activities in the universities that his girlfriend had gotten married someone else during the seven months old strike embarked upon by the Academic Staff Union of Universities (ASUU). The girl’s name was not mentioned.

Other issues he specifically mentioned in his leaked farewell letter was his inability to possess a smart phone of N50, 000 despite the millions of naira he alleged his father owns.

According to his neighbours who leaked the farewell letter, the deceased described life as meaningless to him if he could not have a phone of N50, 000 when his father is a multi millionaire.

They said he also berated his erstwhile fiancee for jilting him and marrying another person without his knowledge and ascribed his decision to kill himself to her betrayal and his father’s failure to give him opportunity to possess items of luxury like expensive phones despite being rich.

However, they noted that the student allegedly pleaded with them not to open the letter until 20 minutes later and that they should deliver it to his parents.