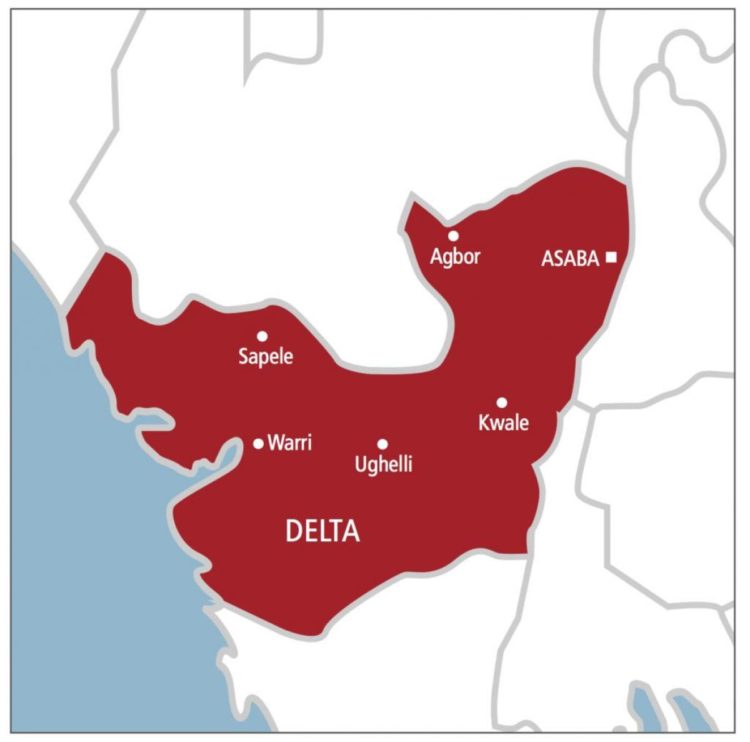 Tragedy struck in Warri, Delta State at the weekend when a Range Rover jeep with vehicle registration number EFR 940 – TT, rammed into the popular newspaper stand at Iyara Roundabout, killing three newspaper readers and injuring one.

An eye-witness narrated that the incident occurred while the driver of the vehicle tried to negotiate the roundabout at high speed. He lost control and rammed into the newspaper stand.

It was further gathered that the driver sustained serious injuries while the other two persons in the vehicle escaped unhurt.

Some policemen were seen investigating the accident when our correspondent arrived the scene of the incident.

The Police Public Relations Officer (PPRO) Delta Command, DSP Bright Edafe, requested that a text message be sent to him when he was asked to confirm the accident.

His response was still being expected at the time of filing this report.