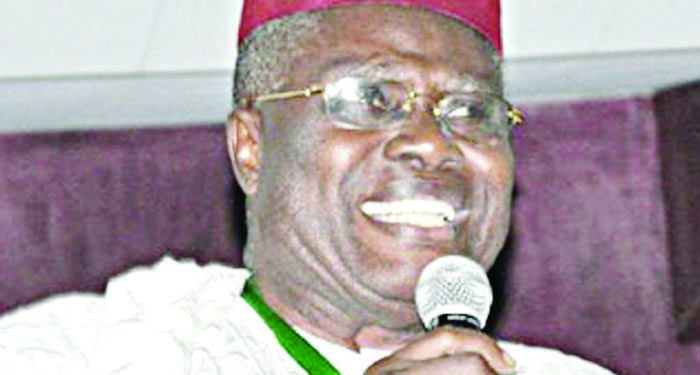 The All Progressives Congress (APC) governorship candidate for Abia State, High Chief Ikechi Emenike has said that the former Senate President, Dr. Adolph Wabara deserved to be honoured and accorded his rightful place as an eminent political leader.

He stated this when he led members of the State Working Committee of the party and other stakeholders on a condolence visit to Wabara over the death of his wife at his Ohambele home in Ukwa East local government of Abia.

“Time has come we honoured and accorded him his due respect especially now that he is still alive, irrespective of our different political beliefs or leanings, as obtained in other parts of the country,” he said.

Chief Emenike promised to lead the movement for accomplished political leaders in Abia to be honoured and accorded their rightful place in the scheme of things when APC takes control of Abia next year. He said that he would benefit from Wabara’s wealth of experience.

“Personally, I will be coming to him regularly for his blessings and advice on how we can move the state forward,” the APC governorship hopeful said.

To demonstrate the high regard he has for the former number three citizen of Nigeria, Emenike assured that Abia APC members would be fully involved in the planning and the burial ceremony of Wabara’s wife.

He paid glowing tribute to the late Mrs Felicia Wabara, whose death he described as a huge loss to the South East and the Igbo race in general, and sympathized with the Senator and his immediate family over the loss.

Responding, Wabara explained that he was very deeply touched by the manner Emenike has expressed sympathy for him and his family “even before this brotherly and consoling visit today.”

The former Senate President further stated that he was also overwhelmed by the large entourage that accompanied the APC governorship flag bearer not minding the bad condition of the road leading to the oil bearing area.

He noted that Emenike spoke as if he had read his mind, adding that after the ceremony he would consider taking up the position of playing the role of guiding and mentoring the upcoming politicians.

7 Incredible Health Benefits Of Strawberries And Why You Should Eat More... Click Here For Details
Tags: Wabara
SendShareTweetShare
Previous Post