We Are Ready To Return Schools To Original Owners , Says Makinde 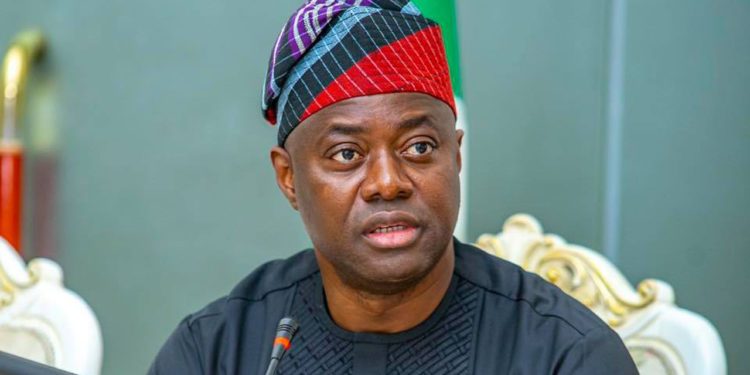 Oyo State governor, Seyi Makinde has said his administration is ready to consider a proposal for a return of the school to its original owners if it receives one.

Makinde, who made the call while speaking at the commissioning, handing over ceremony of the Oluwarotimi Akeredolu Hall built by the Loyola College, Old Students Association Ibadan 1968/1972, said old students’ associations must support government’s efforts in lifting the standards of education by giving back to their alma maters.

According to him, the education sector must not be left in the hands of the government alone, adding that by providing support and assistance to their former schools, the standards would be lifted.

He said that his administration will be willing to consider a proposal for a return of the school to its original owners if it receives one.
The Old Boys Association with Governors Rotimi Akeredolu and Kayode Fayemi as members also remodeled the frontal fence of Loyola College, Ibadan as part of activities to mark its 50 years of graduation.
The governor said that the motive behind his readiness to discuss the proof of consent, which could see the schools handed over to its original owners or the old students association was premised on the need to ensure continuous development of the schools.
He appreciated the 1968/1972 set of the school for the construction of hall and remodeling of the frontal fence of the school, adding that such a gesture would go a long way in the development of the educational sector in the state.
“It is a great honour for me to host my two other brothers (Governors Rotimi Akeredolu and Kayode Fayemi) here, and when we say Oyo state is a Pacesetter state, now you know what we are talking about. Three governors here out of 36 in Nigeria, had their roots and were molded here in Oyo State” he said.
“By the way, education is one of the four major pillars of Oyo State and I know that the government alone cannot provide everything that we require and every time that we can see people, associations and philanthropists that can support the government, I am always very thankful. ‘’