by Chinelo Chikelu
in Featured
0 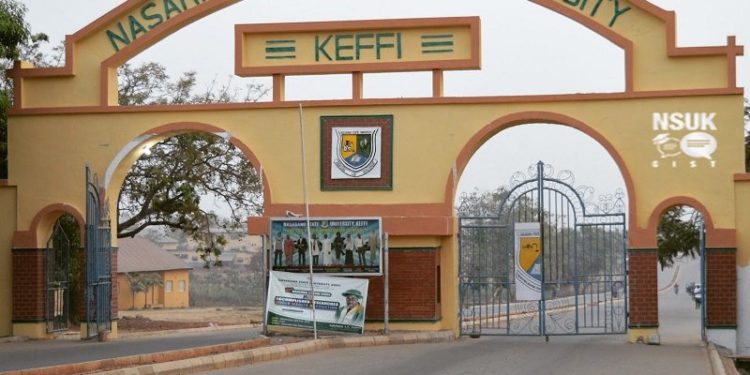 Professor of Theory and Criticism at the Nasarawa State University Keffi NSUK, E.E. Sule has highlighted the need for more literary critics to help younger generation of writers, poets and creatives improve their crafts.

Professor Sule spoke at the Benue Book and Arts Festival (BBAF) during the unveiling of the Sevhage E.E Sule Prize for African Literary Criticism.

Humbled at the unexpected recognition of his accomplishments over the years, the don who is one of the best, if not arguably the sole Nigerian literary critic, said the award is significant coming at a time when there are many writers and poets but no critics.

The prize, he said, will motivate young people to take an interest in criticism, and produce more critics.

Addressing why there are less critics of contemporary Nigerian literature, and a gravitation towards the performance art by the younger generation of creatives, Sule said beyond young creatives being distracted, criticism is difficult as it requires one to not only read widely and seriously but familiarize themselves with theoretical issues that they need to apply in evaluating a work of literature.

“It is not just about reading and expressing what you feel about a text but also talking about the mechanics of the writing. Younger people find it difficult, maybe because they are distracted by a number of things.”

“It is interesting that young artistes are moving towards the performance art. It shows that we are in a performative generation. Everything we do is performance inclined.

Anything is better performed. But I think that we need more critics to look at how these performances can be improved. The performer might need a critic to tell them their areas of weakness to help them improve.”

Speaking on why literary theories are key to the practice of literary criticism, Prof Sule said, “theories provide a philosophical background to any piece of literary criticism. It means we have a way of explaining anything that we do. For instance, if I am leaving here to Abuja, I need a theory that will tell me I have to go this way, turn this way, and turn that way to get there. Then, when I enter my car and start driving, that is the practice. Theory usually comes before practice.”

Hence, with regards to the emerging introspective writing trends of today that explore trauma, mental psycho, there is a theory (of Psychoanalytic Theory of Literature) to take care of it.

He urged would-be critics to “read widely, and develop a critical mind. A critical mind looks at things deeply or critically and evaluates their strengths as well as their weaknesses.

Meantime, he believes with the establishment of the prize, Sevhage Books will mobilize and sensitize young people to engage more in literary criticism, but the prize itself will attract more writers to critique writing.

7 Incredible Health Benefits Of Strawberries And Why You Should Eat More... Click Here For Details
Tags: Nasarawa
SendShareTweetShare
Previous Post