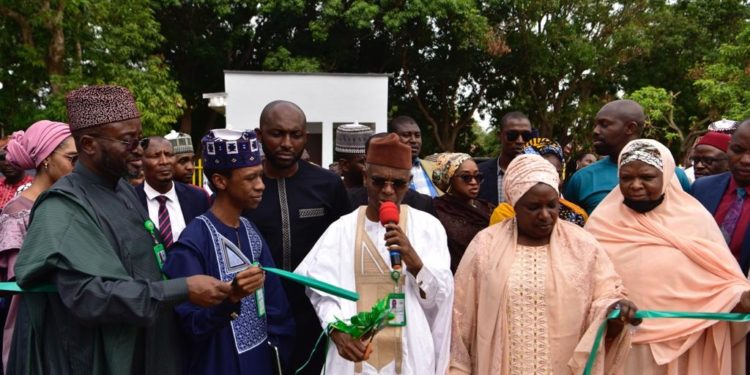 Governor Nasir El-Rufai has said that Kaduna State Government has invested considerably to promote equal opportunity, so as to give every child a fair chance at social mobility.

The governor who made this known during the Children’s Day celebration, disclosed that this policy is the major reason for focusing on human capital development.

‘’We invest in schools and teachers to give our children decent education. We enable the exercise of this right to education by ensuring that we provide 12 years of free education, from primary One to the completion of senior secondary school.

‘’This commitment to equality is reflected in our initiative to give all children the same access to education and eradicate the almajiri syndrome that has been practised in ways that limit the life chances of some children,’’ he added.

The governor who spoke after the usual march past, further said that his administration is ‘’improving access to health care by renovating and equipping our primary health care system.

‘’So far, we have revamped 255 primary health centres, one in each political ward. We provide free antenatal care for women and free medical care for children until the age of five.

‘’With assistance from our partners we have expanded capacity and coverage of our regular campaigns to immunise children against vaccine-preventable diseases,’’ he said.

According to the governor, ‘’our contributory health insurance scheme offers parents the chance to provide affordable health care cover for themselves and their children, and avoid out of pocket expenses.‘’

El-Rufai further said that ‘’our government domesticated the Child Rights Act in 2018 as part of our vigorous rollout of child protection services in our state.’’

The governor added that the ‘’major motivation for our determined drive to attract investors to Kaduna state, so that they can create the jobs our youths need and expand the demand for services that our youths can provide.’’

He pointed out that May 27, which has been assigned to celebrate children, is the same date that what is now known as Kaduna State was created.

‘’On 27 May 1967, the military government of General Yakubu Gowon announced that 12 states had been established to replace the four regions of Nigeria.

‘’The North-Central State, with headquarters in Kaduna city, was one of the 12 states thus created. The state was renamed as Kaduna State in 1976, a name it retained after Katsina State was excised from it in 1987,’’ he recalled.

El-Rufai paid tribute to all the persons that have contributed to building Kaduna state on the 55th anniversary.

According to him, Kaduna State has experienced fluctuating fortunes, from the highs of economic growth, social development and cosmopolitan inclusiveness to the regrettable lows of violent conflict and division.

‘’We celebrate the progressive attainments, while we urge all our communities to work towards overcoming the baleful legacy of strife. We can achieve more together if we focus on collective endeavours for peace, progress and prosperity,’’ he added.