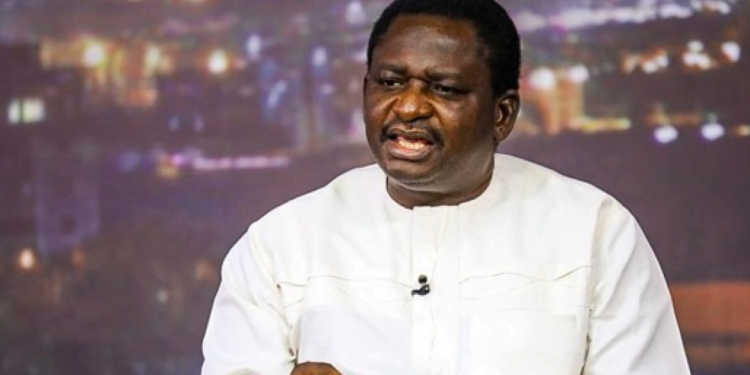 Presidential spokesman, Femi Adesina has said that when the history of the Buhari administration’s efforts to reverse Nigeria’s infrastructure deficit is written, the role of China will not be forgotten.

According to a statement by the director of information, State House, Abiodun Oladunjoye, Adesina stated this yesterday in Abuja while receiving the Chinese Ambassador to Nigeria, CUI Jianchun and the new Deputy Chief of Mission/Ministerial Councilor, Zhang Yi.

Speaking at the meeting, which was also attended by Garba Shehu, the Senior Special Assistant to the President on Media and Publicity, Adesina thanked the Chinese government for sustained efforts to improve Nigeria’s infrastructure development in several areas including power, rail, and aviation, among others.
‘‘President Buhari has very great respect for China. Many times, he has spoken about the support from China and he deeply appreciates it. President Buhari and President Xi Jinping share respect and friendship.

‘‘Nigeria appreciates the mutual cooperation with China and we pray that diplomatic relations will continue to be strong and mutually beneficial. President Buhari has visited China twice and also participated in the Forum on China-Africa Cooperation (FOCAC) meeting in South Africa,’’ the Special Adviser to the President on Media and Publicity said.

“Nigeria’s Constitution is written in a way that allows freedom of expression in the Media.”

Shehu stressed that what is important in the Nigeria-China relations is that the Nigerian government recognises and supports the One China policy.

On the economic front, Jianchun, who has spent 17 months in Nigeria, pledged that China would continue to prioritise investments in railway, road, ports, electricity, ICT, oil and gas, agriculture, mining, among others, across the country.