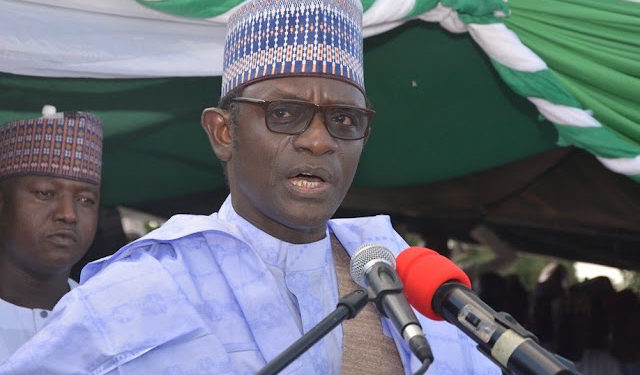 The Yobe State governor, Hon. Mai Mala Buni has assured the All Progressives Congress (APC) delegates and the entire people of the state that his administration remained committed towards fulfilling all campaign promises made to the electorates.

Buni stated this while addressing delegates shortly after his affirmation by the delegates from across the 17 local government areas of the state as the APC governorship candidate in the 2023 general elections held at the government house event ground, Damaturu.

“As I promised after taking over from the administration of our boss Senator Ibrahim Gaidam in 2019, all projects started will be completed, this has been achieved because many projects including the Cargo Airport Damaturu have been completed and will soon be commissioned by President Muhammadu Buhari.
“During my inaugural address we promised to establish one functional primary healthcare centre in each of the 178 political wards across the state and as of now 138 were fully completed while the remaining ones will soon be completed.”

Buni expressed happiness that all projects started by his administration such as the construction of modern markets in Damaturu, Potiskum, Gashu’a and Nguru are at various stages of completion.
The governor also stated that other sectors such youth empowerment, agriculture and education were accorded the deserving attention assuring of more efforts for sustainability and progress.

He stressed the need for people to redouble their efforts towards investing more in agriculture describing the current global economic situation as challenging.
“We need to invest more in agriculture because what we are facing globally, especially on food scarcity need not to be mentioned.
He commended the orderliness and maturity exhibited by delegates, party and INEC officials during the affirmation describing it as a clearly demonstrated unity in Yobe politics.