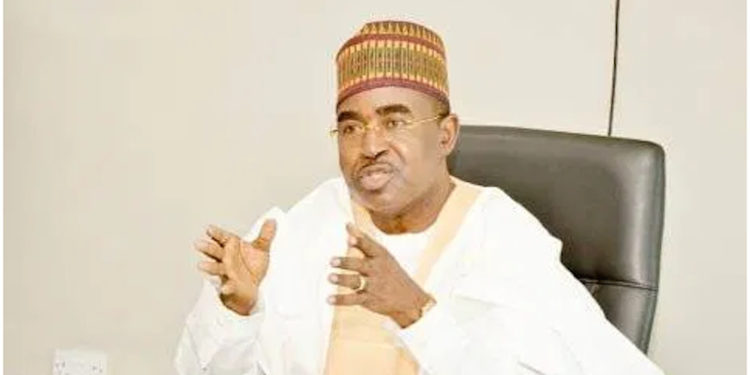 He disclosed this yesterday during the UN Day Against Drug Abuse and Illicit Drug Trafficking 2022 themed “Addressing Drug Challenges in Health and Humanitarian Crisis” at the Presidential Villa, Abuja.

According to him, this year, the theme is “Addressing Drug Challenges in Health and Humanitarian Crises.” The theme turns the spotlight on an aspect of the drug problem that is critical for Nigeria and indeed the world at large.

He said barons, dealers, kingpins and those who are the masterminds of the trafficking network, must be arrested.

He added, “We must not, however, lose sight of the germane fact that our efforts at treatment and care, could amount to an exercise in futility if we fail to stem the flow of drugs into and around the country.

“We must close the tap at the source. That means barons, dealers, and kingpins, those who are the masterminds of the trafficking network, must be removed from the equation. Once, they were invisible and above the law.

“But we have changed that narrative with Offensive Action. We have taken 10 major drug barons out of circulation. Many more are on our watch list and we are closing in on them.

“We are also removing their foot soldiers from the street. Last year, 12, 306 offenders were arrested and 1,385 of them were convicted.

“From January to May this year, we arrested 5, 341 out of which 984 are convicted already. During these five months, we have seized 154, 667.339 kilograms of drugs, and destroyed 276 hectares of cannabis farms in deep forests across the country.”

At the NDLEA, Marwa noted that they had a sense of urgency in tackling the health consequences of the abuse of illicit drugs.
He said, “We not only acknowledge the importance of improved access to treatment, care and rehabilitation, but we have also integrated that into our activities as part of the radical reforms in the Agency since January 2021.

“In this regard, we are open to options that could effectively help to stave off the public health problems that are drug abuse-related.
He further explained that the agency had systematically approached this new order, first, by fostering a reorientation of our workforce.

In the past months, he said the agency had been involved in a series of training, including on Drug Prevention, Treatment and Care (DPTC) for officers to refocus from the criminalisation of drug users to provide the full gamut of health services for them.

“And since the realignment, we have made good strides in our drug demand reduction activities. This year alone, we have counselled and rehabilitated 3, 523 drug users mostly through brief interventions in our facilities,” he added.

“We have seen a degree of positive response from the government and people in government, like never before.

“There has been a strong response from stakeholders in the illicit drug spectrum. Our partners have rallied more strongly than before. Society is warming up to the idea that together we can end the drug scourge.”

“We hope that the momentum will be maintained even as we adopt various measures to lend impetus to the effort,” he said.