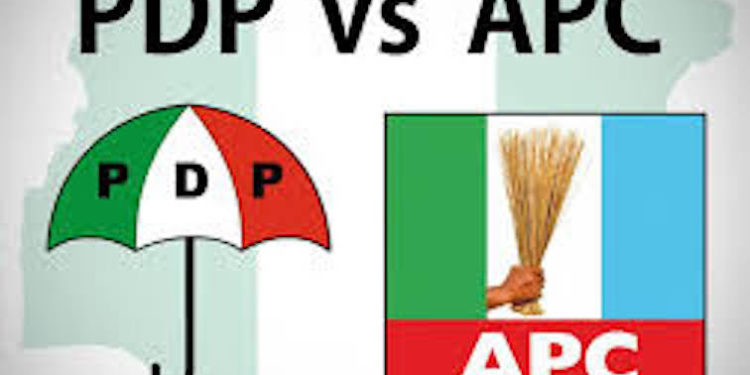 All Progressives Congress (APC) has taken a swipe at the Peoples Democratic Party (PDP) for allegedly circulating a leaked document on the 2023 election suggesting that the governing party has voted N6.5 trillion to fund plots to sway Nigerians to vote in favour of its presidential candidate.

The said leaked document alleged that outrageous amounts of money had been voted for outright vote-buying, compromising INEC staff, security operatives, judicial officers and other officials.

But in a statement issued by its national publicity secretary, Felix Morka, yesterday, the APC described the document as a ridiculous material that belonged to “sick elements” of the PDP who were desperately trying to put the party at an electoral advantage through a smear campaign.

The statement reads: “Mischievously, the document alleged that our party has voted a whooping N6.5trillion to fund schemes aimed at swaying the Nigerian electorate to support and vote for the Party and its Presidential Candidate in 2023.
“The APC wishes to place firmly on record that the document is not of the party. We neither authored nor own any such document, and it certainly did not emanate from our Party.

“Indubitably, the document is the handiwork of very sick elements of the opposition Peoples Democratic Party (PDP) in a desperate quest for unmerited electoral advantage by attempting to smear our Party with wrong doing.

“In their zealous attempt to mudsling, the document’s authors senselessly alleged that our Party proposes to apply nearly half of the country’s entire 2022 budget to buy votes. How in the world does a government operating a national budget of N17 trillion dole out N6.5trillion to rig elections? It clearly betrays the authors’ extreme ignorance of the complexity of the systems and processes for the appropriation and utilization of state funds.”

Morka noted that the governing party is focused on delivering the dividends of democracy to Nigerians in hope that they will reciprocate by supporting and voting for its candidates in the 2023 polls.

He said, “We are a law-abiding party and have no need to engage in any fraud and electoral malpractice suggested in that worthless document.

“Only a party that is a masterful looter of the national treasury such as the PDP can even imagine another capable of engaging in the kinds of atrocious acts the document suggests.

“We urge Nigerians to disregard the document as sleazy propaganda for which the PDP has gained notoriety. The APC remains committed to building an innovative system of free and credible elections as witnessed in the recently concluded governorship elections in Ekiti State.”