What Aided My Career Choice As Jeweller – E4luxury Jewellers Boss 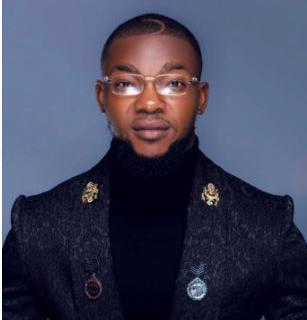 Sometimes, we found approval in places we least expected; from people we had expected to put us down. It becomes the greatest source of strength, the believe that we could go all the way and in the stride.

Ayodele Donye Samson is the Chief Executive Officer (CEO) of E4luxury Jewellers, undoubtedly one of he best and most popular jeweller there is in Nigeria. Jewellery design as a venture was unpopular in the country, until E4luxury made entrant into the market five years ago.

The enterprise would be the least any businessman would want to venture into, particularly in an environment like Nigeria, where though the market is available, the viability of the venture would become a worry to anyone desirous of it as a source of living.

However, Ayodele Samson forged ahead and his duggedness has earned him a reputation. Speaking about his foray into the business, he explained that he had nursed the ambition to become a fashionista.

The E4luxury Jewellers founder disclosed that accolades and awards he received while in studying at Lead City University in Ibadan, sealed his decision to go into jewellery designing.

“When I was growing up, there was no indication in my upbringing that I could become a jeweller. I was born into a family of four, I attended Police Children Primary School, and Unique Secondary School and later proceeded to Lead City University where I bagged a Bachelor of Arts in Mass Communications in 2014. By the following year, I had become a jewellery businessperson,” the E4luxury Jewellers CEO said at a forum in Ibadan, Oyo State capital.

Speaking further, the founder of

E4luxury Jewellers stated that, “My love for fashion had been from my days as a young school kid. I had always loved dressing well and fancied things that make me look good.

“I kept the habit while in the university and even won awards and accolades from both the institution and the immediate bigger society. This unarguably became the significant factor that aided my career choice,” added the founder of E4luxury Jewellers.

The decision to heed that nudging has established a brand name that resounds and resonates in Nigeria today. Celebrities and societal people alike flock E4luxury Jewellers for the best of one-of-a-kind designs.

“Bring your ideas and we’ll make them a reality. We are happy to work with your budget, and consultations and estimates are always complimentary. We carry a full line of fine jewellery, precious stones, watches and clocks, and other fashionable gifts perfect for any occasion.

“Celebrities associate with our brand because of the quality of products we offer and the class we stand for. They cannot afford to go for less as they consider cheap luxury stuff as demeaning to their status at home and abroad.

“We have many top celebrity friends and clients, but for some business reasons, I wouldn’t want to start mentioning their names. Some of them are private persons, who prefer to keep some aspects of their life out of the public limelight,” added the

How I Delved Into Fashion World – Xtra Brides Lagos Founder

How I Delved Into Fashion World - Xtra Brides Lagos Founder