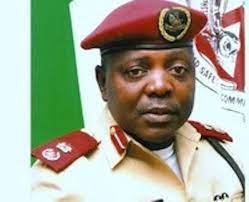 I do not know if you read my rehash of the piece on the street for life theme being spearheaded by the United Nations. The focus is 30kmph speed limits in cities and built up areas. One of the argument is that low speed streets where people and traffic mix makes for streets that are healthy, green and livable and therefore saves lives. Low speed streets save lives and are the heart of any community.

The global plan is to engage policymakers to act for low speed streets worldwide, limiting speeds to 30 km/h for cities, towns and villages worldwide.

But do you really know why the choice of 30kmph?If you have never been involved in a road traffic crash or seen one where someone died, please know that excessive speeding is the number one global killer. I have chosen this week to share with you this material from Spain which spells out the wisdom behind this drive. The material is from the 14th Conference on Transport Engineering: 6th – 8th July 2021 which is where I culled my focus for this week; it is capped: Why is it necessary to reduce the speed in urban areas to 30 Km/h by Hernán Gonzalo-Ordena, , Marta Rojo Arcea among other authors.

While we are still working to fully tidy up this new global drive, Spain, on November 2020, imposed a new law that changed the speed limit on single carriageway two-lane roads from 50 km/h to 30 km/h in keeping with the global drive to drive down fatalities and deaths in cities and achieve the global target of reducing world fatalities by 50percent.

Please enjoy the reading and I do hope you make sense from the well-crafted piece. ‘’The changes in the general rules of traffic, are a sample of the evolution, in the use of the shared space of the streets, and at the same time shows its sensitivity towards road safety. Traditionally, the objective of the regulation was to attend to the growing increase in the use of motor vehicles (mainly cars), and for this reason, it was the protagonist in most of the discourse in traffic regulations. Today, in many cities, the car shares the space on the streets, with other motor vehicles as buses or motorcycles, but also with pedestrians, bicycles, electric pedal assisted cycles (EPAC), personal mobility vehicle (PMV).

Pedestrian mobility is becoming more and more important every day but the number of pedestrians that died inside Spanish urban areas in road accidents is almost 50% of total urban areas road fatalities. In this sense, the mobility and road safety policies developed by local administrations have to focus on the objective of the reduction of accidents and their severity involving pedestrians and other vulnerable users in urban areas.

This article show the effects of reducing the speed of motor vehicles in urban areas in order to reduce accidents and/or their severity if they occur. It also analyzes other options that reinforce this measure and that could help reduce this problem. In Spain, on November 2020, a new law imposed that the generic speed limit on single carriageway two-lane roads is reduced from 50 km/h to 30 km/h.

The changes in the general rules of traffic, proposed by the Spanish government, are a sample of the evolution, in the use of the shared space of the streets, and at the same time shows its sensitivity towards road safety. Traditionally, the objective of the regulation was to attend to the growing increase in the use of motor vehicles (mainly cars), and for this reason, it was the protagonist in most of the articles of the General Traffic Regulations.

Several articles of the General Traffic Regulations were modified in Spain, on November 11, 2020. The changes that affect article 50, which deals with speed limits on urban roads, stand out (BOE, 2020). The generic speed limits on urban roads/streets now are established as follows: 20 Km/h on roads with a single-carriageway one-lane road, 30 Km/h on single-carriageway two-lane roads, 50 Km/h on carriageways with two or more lanes per direction.

In this paper, we will focus on the new speed limit for urban streets with a unique carriageway and two-lanes, one per direction. Before this change in the regulation, the usual maximum speed of these streets was 50 Km/h. Speed has been identified as a key risk factor in road traffic injuries, influencing both, the risk of a road crash as well as the severity of the injuries that result from crashes.

Therefore, a reduction in the speed would improve road safety. Over the world, road safety is one of the major problems. In 2013, there were 1.25 million fatalities in collisions. Fatalities among pedestrians, cyclists, and motorcyclists are painfully high and represent more than 48% of the total. If we focus on pedestrians, the average value over the world is 22%, 26% in Europe and as higher as 39% in Africa (WHO, 2015).

In the European Union, during 2019, almost 23,000 people died in crashes, which is 21 hundred less than in 2018, and 135,000 were seriously injured. The yearly cost of road crashes in the EU has been estimated to be around EUR 280 billion, equivalent to about 2% of Gross domestic product (GDP).
The road fatalities in Spain have been decreasing in the last decades. The peak number of fatalities reached a maximum of 9,344 in 1989. This situation changed reaching the lowest annual total in 2013 with 1,680 people died in road accidents. The last official data, related to 2019, indicates that there were 1,755 fatalities, 8,613 people seriously injured and 130,745 injured.

We can highlight that, in 2019, in Spain in urban areas, 32 cyclists, 22 moped users, and 126 motorcyclists also died in traffic accidents. So what then is the effects of speed on urban road safety?

The reduction of speed and its effect on visibility and in the stopping distance -One of the most important aspects to reduce the probability of an accident when the trajectory of two street users intersect is to increase the visibility distance at which they begin to see each other. For example, if the driver of a car sees a pedestrian approaching a crosswalk from further away than another driver, he/she will have more time to react and adapt his/her speed or even stop than the driver who sees the pedestrian later.

In this section, we will see how to calculate the Stopping Sight Distance (SSD) and how it varies depending on the traveling speed of the car at the moment the driver decides to stop. The SSD is necessary to provide the drivers the ability to see far enough in front of them to be able to stop before hitting a hazard that is in their path in the roadway.

My Secret Life: My Goal Is To Equip Women, Youths With Digital Skills – Safiyya