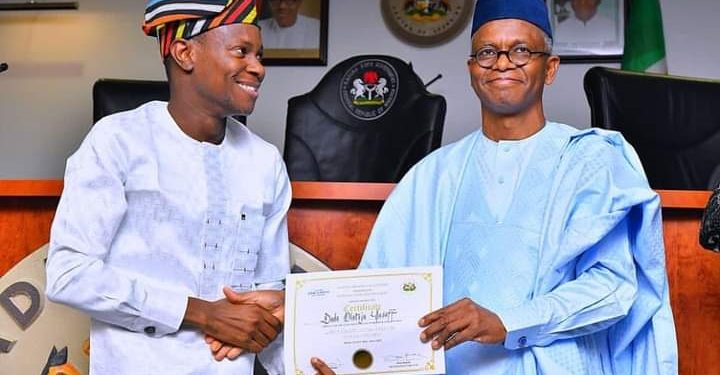 Governor Nasir El-Rufai has promised that the naming of public buildings after elder statesmen of Kaduna state origin will continue after the first phase that commenced last week.

El-Rufai who rationalized the decision, said that people who have distinguished themselves in the service of the citizens of Kaduna state, or Kaduna citizens who served the nation, ought to be immortalised.

Last Tuesday, Kaduna State Government renamed the state secretariat complex after Maccido Dalhat, the first Secretary to the State Government and Head of Service while Investment House was named after former Vice President Namadi Sambo, the citizen that attained the highest office from Kaduna state.

El-Rufai disclosed that the office complex of Zaria Metropolitan Authority will be named after Sir Brian Sharwood Smith, a British Administrative officer who was popularly known as Mai Wandon Karfe amongst the indigenous people.

Explaining why Sir Brian will be so honoured, the governor recalled that it was the British officer who turbaned Malam Ja’afaru Dan Isyaku as the Emir of Zazzau, which set the pace of grandchildren becoming Emirs in Zazzau Emirate.

‘’Before then, only princes whose fathers were Emirs were eligible to be turban as Emirs. After Emir Ja’afaru, Emir of Zazzau Aminu who was also a grandchild, became Emir, so was the immediate past Emir, Alhaji Shehu Idris. The present Emir, Ambassador Ahmed Nuhu Bamalli is also a grandchild,’’ he said.

‘’So, Sir Brian prevented a situation where a few ruling houses will exclude others, in Zazzau Emirate,’’ he pointed out.

El-Rufai who said that the naming exercise will be a continuous one, called on Kaduna citizens to nominate the names of prominent people that will be so honoured.

‘’The history of Kaduna state will not be complete without the likes of Alhaji Ahmadu Chanchangi, Alhaji Sani Bakori, clerics like Sheikh Abubakar Gumi and Malam Lawal Abubakar,’’ he added.

He disclosed that such nominations should be sent to the offices of the Administrators of Kaduna Capital Authority, Zaria Metropolitan Authority and Kafanchan Municipal Authority.

‘I’ll Remain In APC Till I Die’

‘I’ll Remain In APC Till I Die’