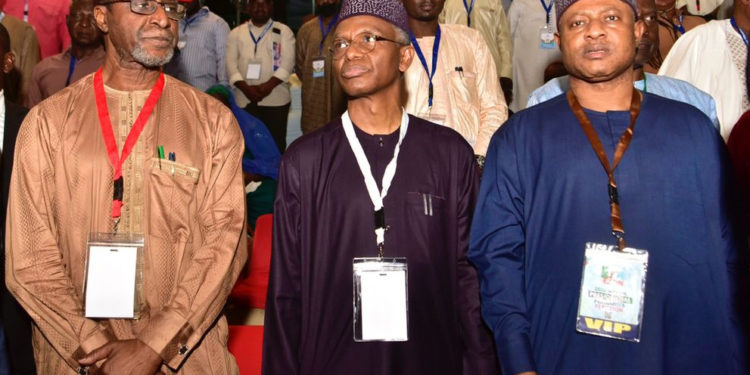 The Deputy Governor of Kaduna state, Dr. Hadiza Balarabe, has pointed out that women play a pivotal role in the Malam Nasir El-Rufai administration because they take their jobs seriously.

Dr Balarabe who made this known when the staff and children of Lighthouse Child Development Centre, paid her a courtesy call at Sir Kashim Ibrahim House, asked them to choose mentors amongst the women public office holders in the administration.

Dr Balarabe urged them to listen to the counsel of senior government officials whom she referred to as mothers, adding that they can also regard them as mentors.

According to her, the governor of Kaduna state has special regards for women, adding that the present administration has more women commissioners and public office holders than at any time in the history of the state.

“I am not surprised that you have only one male among you, you are just following the traditions of what is happening in Kaduna state,” she said, just as she commended the efforts of the center.

The Deputy Governor however encouraged the Lighthouse Child Development Center to introduce civic education component in its training, arguing that this will inculcate love of the country in the children.

“Let’s continue with our teachings of common humanity because if we are able to understand each other’s religion and we know that we are from one source before we either became Christians or Muslims, any tribe as it were, we will hold tight unto that instead of fighting one another.

“One thing I do know is that we cannot force peace, we have to really and truly believe that we want peace before it can come to us and we have to work for it,” she pointed out.

The Deputy Governor noted that although this was the first time that the children were coming to Government House Kaduna, she added that it will probably not be the last time as some of them will be there some day.

The centre which is a non-profit, children’s interfaith organization aimed at promoting religious understanding, peaceful relationship and acts of kindness, values and respect for the dignity of the human person, was led by its Executive Director, Mr Danladi James.