There are many things that worry Nigerians today- the economy, rising food prices and, perhaps, unemployment. In this piece, JANE SAMUEL draws attention to some social issues that should worry the citizens too.

by Jane Samuel
in Feature
0 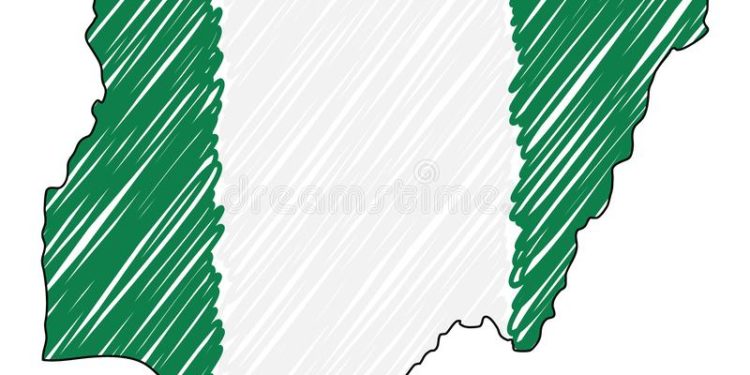 In his new book, “In Pursuit of Civility”, British historian Keith Thomas tells the story of the most benign developments of the past 500 years: the spread of civilised manners.

In the 16th and 17th centuries many people behaved like barbarians. They delighted in public hangings and torture. They stank to high heaven. Samuel Pepys defecated in a chimney.

Josiah Pullen, vice-principal of Magdalen Hall, Oxford, urinated while showing a lady around his college, “still holding the lady fast by the hand”. It took centuries of painstaking effort – sermons, etiquette manuals and stern lectures – to convert them into civilised human beings.

According to Adrian Wooldridge while lamenting the collapse of manners in a recent article published in the Economists- the de-civilising process- “reading Thomas’s book on a train recently I was gripped by a terrible realisation: everything our forebears worked so hard to achieve is now reversing. A process that took centuries has been undone in just a few decades.”

There is no better place to observe the collapse of manners than on mass transport. Drivers and conductors charge at passengers with brazen gutter language. Passengers engage in a word-match with bus conductors over N10. The bus conductor parades his filthy underarm and wears on passengers as they stretch to collect bus fares. In fact, your cologne will fail because of the stench in competition with it.

In Abuja for example, passengers don’t grind but voluntarily submit to being stuffed inside taxis and buses like canned sardines while faring the satellite residential neighbourhoods like Nyanya and Mpapa surrounding the city centre.

Taxis from Berger junction going to Lugbe, Nyanya/Mararaba, Bwari, Mpape and others can be seen carrying two passengers in the front and four behind. Sometimes, others will opt to stay in the boot meant for goods while negotiating a reduced fare with the driver.

There are also notorious cases of overloading by the luxury buses plying Nyanya-Mararaba-Masaka routes, Lugbe and Kubwa-Deidei, a state of affairs also confirmed by passengers who experienced it in other parts of the city.

Sometimes, it is very hard for the driver to hear passengers from the back when they signal for a stop to disembark.
Ahmed Sadiq, 56, who also commutes by public bus, said it is very difficult to be in such a crowded bus as drivers allow in many people especially very early in the mornings to the extent that passengers find it hard to breathe or move.

“Sometimes back, I lost my smartphone on the bus. I did not realise how or when it was taken from my pocket as we were so crowded,” he said.
Early in the civilising process, the most basic move was to make a distinction between the public and the private: persuading people to defecate in lavatories rather than chimneys and eat at regular times in designated places, not whenever or wherever the mood took them. Yet today city streets reek of urine and bus and train stations smell of rotten food.

Enlightenment philosophers were convinced that the great engines of modernity – urbanisation, commerce and travel – would spread civilisation. Commerce was supposed to polish people’s manners as well as fill their pockets. The closer association of people with each other would allow the masses to learn refinement. Today those very engines are turning against the civilising process.

Halls of residence in most Nigeria public universities are nothing far from piggeries- undergraduate university students defecate on the floor where there’s a toilet, brush and flush on the balconies where there are basins and can pour away stinking laundry water from a fourth floor while racking havoc on the floors below. This is Nigeria.

The report says 15 million Nigerians still drink water from rivers, lakes, ponds, streams and irrigation canals while 57 million Nigerians do not have access to safe water supply and 45,000 children under the age of five die annually from diseases caused by poor access to water, sanitation and hygiene.
And of the 46 million Nigerians that practice open defecation, 33 million live in rural areas and that 130 million Nigerians are using unimproved sanitation facilities in which more than half of those affected are rural dwellers.

And when public toilets are available, which are usually found in government establishments and institutions like airports, city road-sides, markets, stadia, worship centres, gardens and motor parks, they are ‘crime scenes- a no go area.’

It is not news that most of these toilets are usually messed up and blackened, with the floors and toilet seats covered with faeces, urine, water and used toilet tissues among others. In fact, they emit unbearable stench.

The surprising thing is that most of these toilets are even fitted with running water, users will shy away from just pulling the laver and letting the waters out- even pre-colonial barbarians will not look upon such sites or act that way.

Indeed, the people who were supposed to act as guardians of high culture have collectively turned against it.

Psychotherapists disparage self-restraint as a sign of unhealthy hang-ups. Academics are now so keen to denounce bourgeois civilisation as a tool of exploitation. One Cambridge economist, Victoria Bateman, turned up to a faculty meeting naked in protest at Britain’s vote to leave the EU. No wonder that today’s young, the most educated generation in history, are more likely to model their style on the urban underclass than on yesterday’s educated elite – hence the spread of tattoos, piercings and beards.
But then, what is the meaning of all these new fads in town? We show off our breasts in loosely sewn clothes and reveal our butt in conspicuously ripped jeans. Women are showing some skin in a whole new way. Dresses that reveal flashes of breast are the latest trend.

Yes, the breasts are now out from their age-long hiding places. Everywhere you turn, women strut about town showing too much cleavage. The blouses have gotten shorter; the bras smaller; and the breasts seem to be ready to pop out —literally. Moralists are up in arms, describing it as indecent, but the women are having none of that.

“Let them close their eyes! This is fashion!” remarks Lynn Ndagire, a sales executive as reported by New Vision magazine. She is wearing a sleeveless top with a low-cut V-shape at the front, showing off the top of her breasts. And that point where they are protruding becomes the main event. “If I have them, I flaunt them,” says Ndagire.

Solome Kimbugwe, a feminist, argues that showing off the breasts is an indicator of progress in the fight for women’s human rights. She argues that while 10-20 years ago people were talking about girl-child education, women accessing microfinance or standing for political office, today we are delving deeper into issues to do with personal rights, body integrity, sexuality and body politics.

“This shows a positive progression in terms of what is more important now in the human rights discourse — you can’t empower women at a public level when they are not in control of their bodies.”

Just as it is with showing off breasts, the current obsession with ripped jeans seems utterly ridiculous, yet catches on. You can barely walk down any street without being assailed by bare knees, calves and thighs — all protruding through swatches of tattered denim.

The ‘ripped’ trend emerged during the cultural punk movement of the 1970s. The rips signified rebellion: early punks tore apart consumer goods as an expression of their anger towards society, and jeans became a key part of this political statement.

Ogechukwu Ejimkonye in Port Harcourt says wearing ripped jeans dubbed crazy jeans is the new normal. Here’s the thing — adults tend to want to look neat because neat is professional but teens tend to rebel against adults because they’re wired for autonomy, self-seeking and risky behaviour.

“Put the two together. The trend of the day is the opposite of what sane adults would ever wear to work. This not only explains teens with their pants down to their knees, and holes in jeans, and ripped clothes, but also tattoos, piercings, and all sorts of other strange youth behaviour,” he said.

It is also in this 21st century of information and communication technology that humans have reinvented the industrial age by way of ‘baby factories’- homes designed to make girls pregnant and then allow them to deliver babies for sale.

The Baby Factory is run with brutal efficiency. As soon as an order has been placed, a woman is chosen to produce a baby. Only the beautiful girls are selected to join the production line.

Or, how can we explain drug abuse, prostitution and cult-wars? Well, a study by Athens’ Panteion University found that Greece’s eight-year-long economic crisis has led to a jump in the number of women engaging in prostitution.

Here is a case of men and women in 2021 freely submitting themselves to the dehumanizing trade of sex for cash.

As if these are not enough, in India, the Supreme Court has ruled that adultery is no longer a crime. A five-judge bench of the Supreme Court unanimously ruled that the criminal offence of having a sexual relationship with a woman without her husband’s consent was archaic and deprived women of agency.

Uzodimma: Much Ado About A Wristwatch