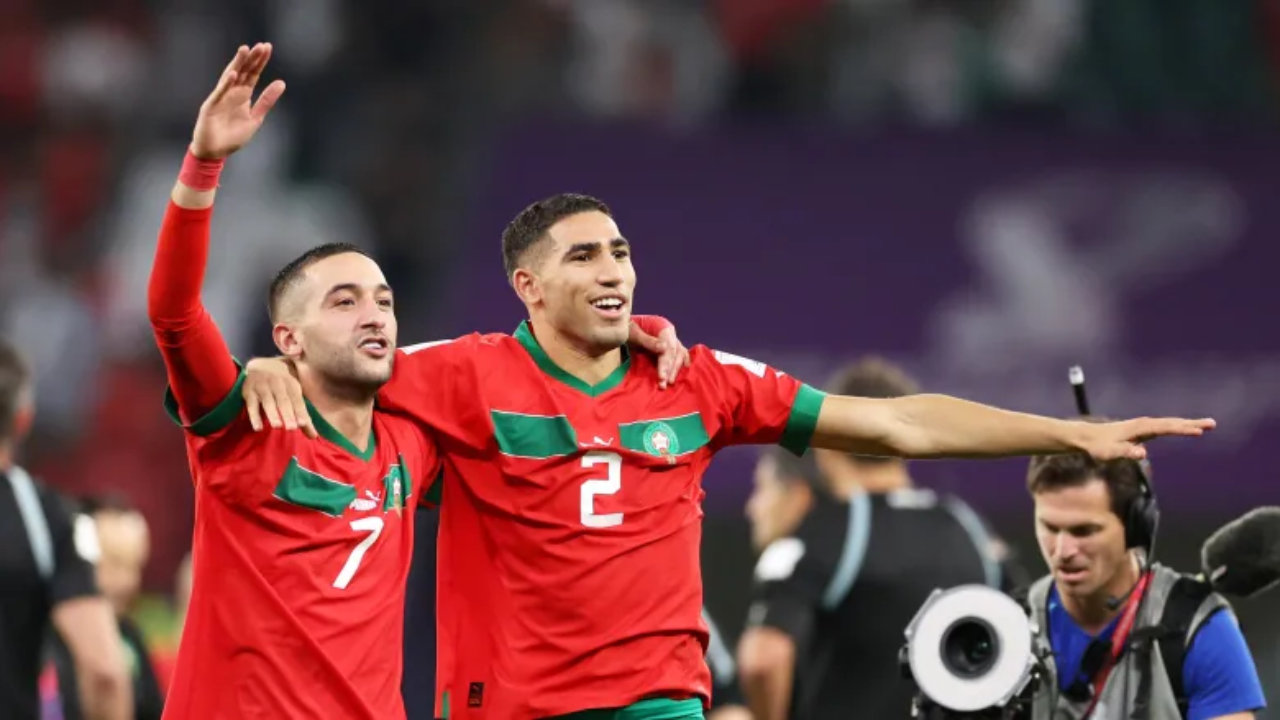 Morocco pulled off one of the biggest shocks in World Cup history as they beat Spain on penalties to reach their first ever quarter-final yesterday.

The Atlas Lions defended like warriors throughout the contest and had several chances to take the lead – with Hakim Ziyech and substitute Cheddira both missing great opportunities – while Pablo Sarabia also hit the post towards the end of extra time.

But Morocco were clinical from 12 yards as they won 3-0 on penalties, with their goalkeeper Bono making two saves on a historic Tuesday’s night.

Spain dominated possession in the first half but could not find a way past a resolute Morocco defence.

The 2010 World Cup champions remained dominant but could not find a breakthrough inside 90 minutes, sending the game to extra time.

The times were divided in experience — it was Morocco’s first shootout at a World Cup finals and Spain’s fifth — but the North African side claimed a 3-0 victory on penalties to reach the World Cup quarterfinals for the first time.

Meanwhile, Goncalo Ramos scored a hat trick as Portugal stormed into the World Cup quarterfinals with an emphatic 6-1 victory over Switzerland yesterday.

Head coach Fernando Santos made a brave call to drop Ronaldo following a dispute in their last match, but Portugal proved to be free-scoring without him, setting up a quarterfinal clash with Morocco on Saturday.

Ramos, making his first international start at age 21, opened the scoring at the Lusail stadium with a rocket strike inside goalkeeper Yann Sommer’s near post before veteran defender Pepe, 39, became the oldest scorer in a World Cup knockout game with a thumping header.

Ramos struck again to start the second as he got on the end of defender Diogo Dalot’s low cross and tapped home between Sommer’s legs. Raphael Guerreiro made it four as he capped a well-worked team move with a powerful strike.

Switzerland struck one back on 58 minutes when Manuel Akanji found space at the back post from a corner and comfortably nodded in, but it did not spur a comeback, with Ramos striking his third with a deft chip over an onrushing Sommer.

Ronaldo was brought off the bench on 72 minutes, in time for Portugal to net their sixth and final goal with a superb strike from striker Rafael Leao in added time.

It was Portugal’s first knockout victory since the 2006 World Cup in Germany, having suffered a group stage exit (Brazil 2014) and round of 16 elimination (South Africa 2010 and Russia 2018).