Zulum Promises To Repair Miringa-Biu Road Cut Off By Flood 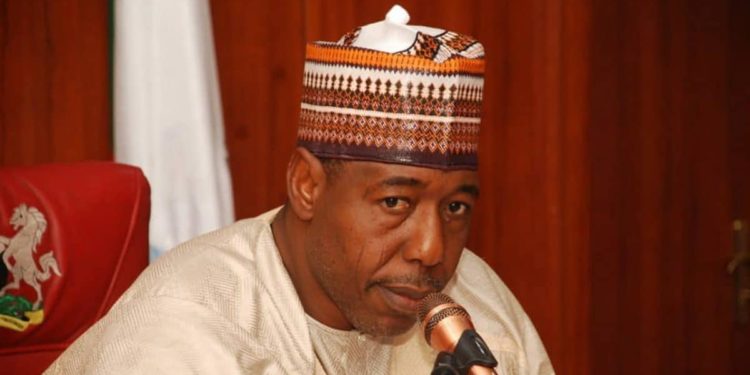 Borno State governor, Babagana Umara Zulum has assured the people of Biu local government area of fixing back their road cut off by flood for easy access to farmlands and businesses activities.

LEADERSHIP reports that the road which stretches through Damaturu linking Miringa community to Biu local government area of Borno State was cut off by flood thereby hindering business and farming activities.

The governor gave the assurance while on a working visit to Biu local government area for the commissioning of projects executed by his administration.

Zulum who inspected the level of damage done to the road before proceeding to Biu town promised the people that temporary measures would be taken to allow them access the road pending its permanent rehabilitation by the end of rainy season.

LEADERSHIP reports that the heavy rainfall experienced in the state had wreaked havoc on some areas where houses were submerged and overflowing water from Cameroon Dam has also claimed over 15 lives.

Worried by the destructions caused by floods in some communities across Borno State, Zulum has assigned his deputy, Umar Usman Kadafur to lead an assessment tour of all affected local government areas for the purpose of ascertaining extent of damages, and to support victims.

The governor also spoke on problems associated with blocking of waterways, saying that more than 1,000 houses have been illegally built on routes that ought to be water channels and as a result, forcing water to pass through communities and cause destruction of lives and properties.

Zulum said to the people of Biu,” We have come and seen your road that was cut off by flood. I want to assure you that Borno State government will repair the road. The question is whether it will be possible to fix the road before the rainy season ends and we would not want to make promise that we cannot fulfil. If we make promise, we would ensure that it is fulfilled.